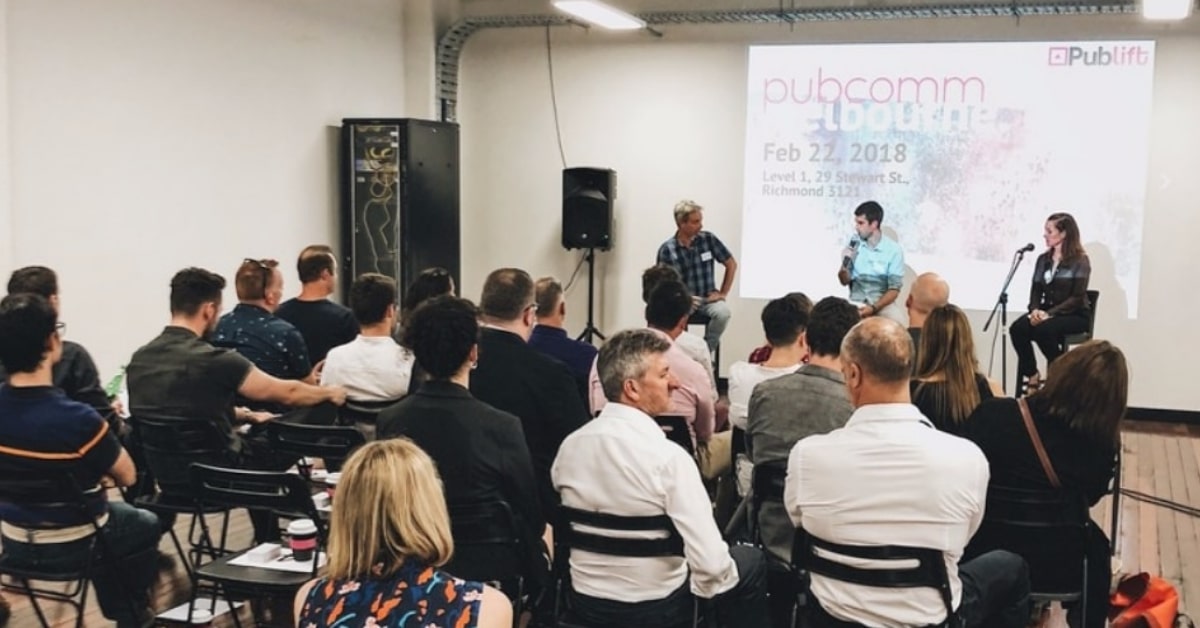 As with our Sydney event, we began with an overview of our FUSE offering. FUSE is Publift’s outsourced ad management platform. As well as cutting edge technology, being a part of our FUSE community has many perks including access to:

We talked through some projects that Publift is currently working on and had a sneak peek at some key updates that we are looking at rolling out over the coming months. For this session, we were joined by Kelly Winder founder of BellyBelly, to hear about her experience of working with us at Publift. Prior to working with Publift, Kelly had approached many ad agencies who had big promises. However, the service dwindled quickly as the agencies tended to focus on bigger accounts.

‘It’s great to have the site now properly monetised with people who know what they’re doing…Finally, I was glad I could leave that side of the business to them – If there’s ever a problem, they resolve it very quickly.”

“Very proactive – all of the staff are excited to work with you. It was seamless. Now I have professionals running my website.”

Following this talk, our first panel discussion explored industry trends. We spoke with Ingrid Von Bibra Pendred, Publishing Manager at The New Daily, and Clifford Reichin, Founder/Manager of Australian Frequent Flyer. We began by discussing the decrease that has been observed in direct advertising revenue across the industry. This has created difficulty for various smaller publishers. We heard about consequent changes and strategies that have been necessary, including diversifying revenue sources. Australian Frequent Flyer have introduced a subscription and training based model.

37% of agency spend now goes to non display advertising. Video spend alone is up 50% year on year! Consequently, publishers are being forced to consider diversifying onsite advertising options. Publishers have various options to consider, such as video, sponsored content, newsletter monetisation and affiliate deals. The effectiveness of these strategies varies from publisher to publisher, but a commonality is thinking laterally and trialling alternative methods to generate revenue.

Our second panel discussion looked at website usability. For this discussion, we heard from Adam Noonan, Marketing Director at Envato, and Marco Lui, Head of the Data Science team at Rome2Rio.

Two major takeaways from this talk include (1) the importance of constant testing to ensure a great user experience and (2) to focus on making the site meet the users’ purpose. Think about your users and build a community! These topics stimulated interesting discussion from the audience.

Following the panel discussions, the evening moved to casual conversation between publishers and we were able to enjoy refreshments. Once again, networking with other publishers was identified by attendees as a highlight of the event.

We are constantly taking on feedback from our community and looking to make the next PubComm even better! Catch PubComm in your city soon!