Get ready for a deep dive into header bidding. It has become THE buzzword in the ad tech world, and for a good reason! So read on to become a header bidding pro, ready to boost your ad revenue.

What is Header Bidding?

Digital publishers dream of an efficient advertising ecosystem, one where ad space on their website generates maximum ad revenue. Realising that dream, however, requires header bidding.

Header bidding is an excellent way  to let multiple demand sources bid on the same ad inventory at the same time. This allows publishers to increase their yield and levels the playing field for advertisers.

What Came Before Header Bidding?

Before programmatic header bidding, ad space was auctioned off and delivered only once the ad placements began to load on a webpage.

When a person visited a website, the publisher’s direct orders would be served first because they sat at the highest priority in the ad server. Once the frequency cap on the direct order was exhausted, the ad server would pass the impression down to the programmatic line items in a sequential “waterfall system”, a real-time auction environment.

The main issue with the waterfall or daisy-chain system is the price your impression sells for doesn’t necessarily reflect its real value. The top-ranked ad exchange offers unsold inventory, usually determined by size rather than the highest bidder. If no one in this group goes for it, it is passed down to the second tier until someone bids for it.

Someone in the next tier down may be ready to pay a higher price, but they never got the chance to bid for the inventory they wanted, leaving revenue on the table for the publisher.

How Does Header Bidding Work?

Header bidding begins as soon as the page loads within the user’s browser. The header bidding code in the page header executes and calls all demand partners like Rubicon, AppNexus, and Pubmatic simultaneously to bid on this impression before calling the ad servers. All within a specific time frame picked by the publisher, often within a second.

Many of these demand partners hold their auctions during this split-second window to determine the top bid they send. The highest bid values from each partner are then passed from the visitor’s browser to the publisher’s ad server before its direct inventory is called.

Most importantly, publishers can increase the prices they are charging for their premium inventory. Publift has seen publishers increase their revenue by 70% when implementing header bidding within our Fuse Platform.

With less reliance on a single supply-side platform (SSP), overall yield increases, with an increased ad fill rate and a smarter allocation of impressions sold to the highest bidder.

Reporting discrepancies are also reduced as it is a single auction with no sequential chaining.

Why Header Bidding is Better for Publishers

The most significant benefit header bidding offers publishers is greater yield. Since Header bidding allows publishers to have a simultaneous auction from all the bidders, publishers can sell inventory per-impression basis. As a result, less reliance on a single SSP allows for a smarter allocation of impressions and increased fill rate.

But that’s not the only reason header bidding is best for publishers.

Here are 5 key reasons publishers should enable header bidding on their sites:

How Does Header Bidding Help Advertisers?

Advertisers also benefit from the implementation of header bidding. In addition to the opportunity to win bids on premium inventory, header bidding provides advertisers with an increased reach to find their target audience.

To take advantage of header bidding, publishers have to use JavaScript to build the header bidding wrapper. Its code must be incorporated in a publisher's website's <head> and, once that’s done, the wrapper will receive the SSP bids and then pick a winner.

The first step is to design a website that will have multiple demand partners battling ot secure ad inventory. Once that’s done, you’ll want to find demand partners that match your website’s niche. Demand partner popularity is not the best metric on which to base a decision and publishers should instead look for features that will enhance their own websites’ theme.

Install and Assemble a Wrapper

A wrapper organizes all buyers and sets the rules for the programmatic auction. It means publishers can maximize the number of demand sources competing for an impression in an auction, without the further complexity of adding code for each new bidding partner.

Wrappers function like a repository, wherein code from various demand partners is contained and an auction's protocols are determined.

Even if you’re a publisher with little or no technical expertise, there are numerous reliable header bidding providers on the internet that can assist you.

What Are Header Bidding Wrappers?

A wrapper, A.K.A container or framework organizes all buyers and sets the rules for the programmatic auction. It means publishers can maximize the number of demand sources competing for an impression in an auction without the added complexity of added code with each new bidding partner.

All partners using header bidding have their bid requests triggered simultaneously. Wrappers also have a timeout setting to manage how long the browser waits to respond before the auction closes out.

Moreover, the software comes with a suite of analytic tools to determine what methods work best and what partners might be dropped from the wrapper. If a particular demand source is not winning any impressions, it can be easily removed from the header bidding process.

One of the most popular wrappers is prebid.js.

Designed by AppNexus in 2015, prebid.js is an open-source project under the Apache License embraced by the Rubicon project in 2017. Prebid.js allows publishers to set up line items and handle asynchronous, multiple ad calls with an ad server.

Pros and cons of prebid.js

As can be seen, the pros far outweigh the cons. However, that does not change that prebid.js will require an expert to set up and run. So, while it has many advantages, it won't work for every person in every situation.

In the interim, it should be noted that this is hardly the only wrapper available. For example, Amazon supports its Transparent Ad Marketplace (TAM) software, and Google maintains its Exchange Bidding in Dynamic Allocation (EDMA) tool.

Header bidding was put in place to add more competition to Google’s AdX, which was able to preview auctions and win impressions they valued by bidding 1 cent more than the winning price. However, Google has now been given less control over the process, with all demand partners bidding on the impression simultaneously.

Google has since offered its product, Open Bidding (formerly known as Exchange Bidding or EBDA), as a possible alternative. Open Bidding relies on server-to-server connections, which are faster than the page tags header bidding relies on, which decreases page latency, thus increasing ad viewability and yield. This means the auction takes place on the ad server and not on the user’s browser.

Publift has partnered with Google to bring Open Bidding to more than 50 publishers in Australia and New Zealand, which needed a more simplified set up with less management and a unified billing system.

Why Header Bidding is Better than AdSense

Upgrading to header bidding from AdSense is like swimming in a small pool vs. swimming in the ocean. While AdSense is one of the options you can integrate into your header bidding, this system allows you to dramatically expand the range of publishers and ad exchanges that can bid on your inventory.

Google’s overall market share continues to fall as other advertising partners become increasingly competitive, as much as a 10% drop YoY. The increased usage of header bidding in publishers' sites drives this change, as it's more transparent. Another factor is more advertiser spending is prominent through private marketplaces (PMPs).

What are the pros and cons of header bidding vs. open bidding (EBDA)?

Header bidding requires a more complex setup than Open Bidding, which is managed by Google and has a more simplified interface. But with header bidding, publishers can retain more control over their ad ops.

Open Bidding also reduces latency over header bidding, as the auction takes place on an ad server in the cloud rather than in the user’s browser.

Open Bidding is less transparent than header bidding, as publishers can’t determine with certainty why a specific advertiser won the auction. Instead, there is a dynamic allocation process which is sort of like a data black box.

On the other hand, header bidding can have a higher match rate for cookies than open bidding. This is because cookie syncing allows for the exchange of data and to match the user with a profile on the buyer’s database. This process allows advertisers to find and bid for ad impressions for their target audience.

If a lot of advertisers are connecting to the header bidder wrapper directly, it runs a lot of JavaScript on the page, increasing the latency of page and ad load times. Everyone bidding will also have different response times, so the auction can only move as fast as the slowest bidder.

Publishers can try to limit the number of demand sources that can bid in a header bidding process in the first place, but this goes against the big benefit of header bidding. The whole point is having more people participating in auctions to drive up the price before calling the publisher's ad server.

Google’s AdX and server-side bidding, in general, tackle the latency problem by hosting the auction process in the cloud on an external server. Publishers still need to add a snippet of code to their site, but rather than sending the bid requests from the user’s browser. They are sent from the ad server to all relevant SSPs.

So, it’s a win-win all around.

Header bidding has been a huge programmatic technological breakthrough in the ad ops space. It has opened up the ad buying process helping publishers to have more control, more transparency, and higher revenue from their ad inventory.

Advertisers also benefit from header bidding. They now have more access and visibility of a publisher’s entire ad inventory, allowing them to bid on premium inventory that was previously only available through direct sales.

What is programmatic header bidding?

What is the difference between header bidding and pre-bid?

What is the difference between header bidding and waterfall?

Header bidding is a system that allows publishers to seek out bids from many SSPs and ad exchanges, before picking a winner.

Waterfall, meanwhile, is a programmatic method for auctioning unsold inventory to a single SSP or ad network at a time. Publishers would arrange the auctions based on the historic performance of SSP or ad network.

What is the difference between open bidding and header bidding?

Open bidding refers to server-to-server bidding wherein third party demand partners participate in real-time bidding in a single auction. In this type of auction, other ad exchanges compete with Google AdX to secure ad space on a publisher's website. Header bidding, however, eliminates the need to consider Google AdX as a partner and broadens the horizon for advertisers and publishers. 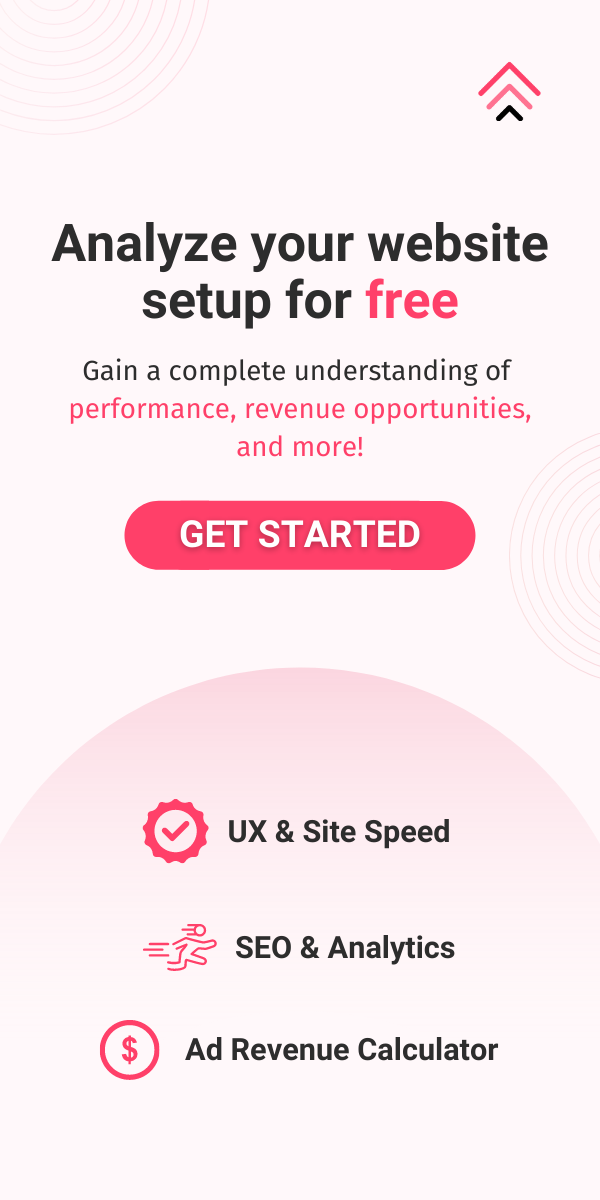 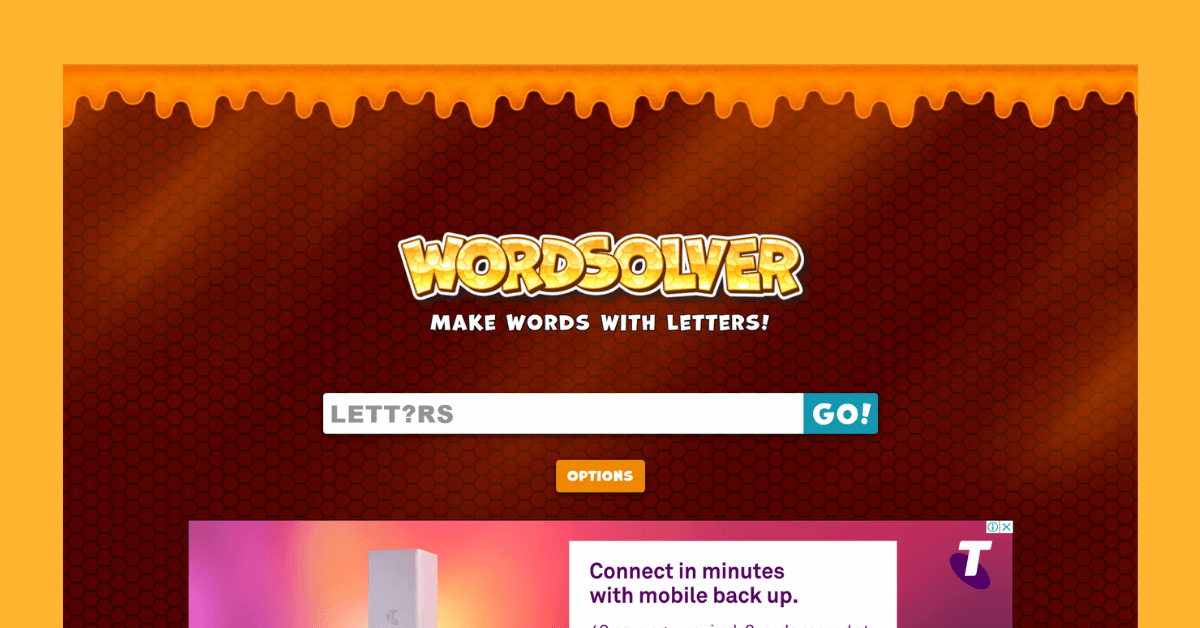