Best Ad Servers for Publishers in 2022 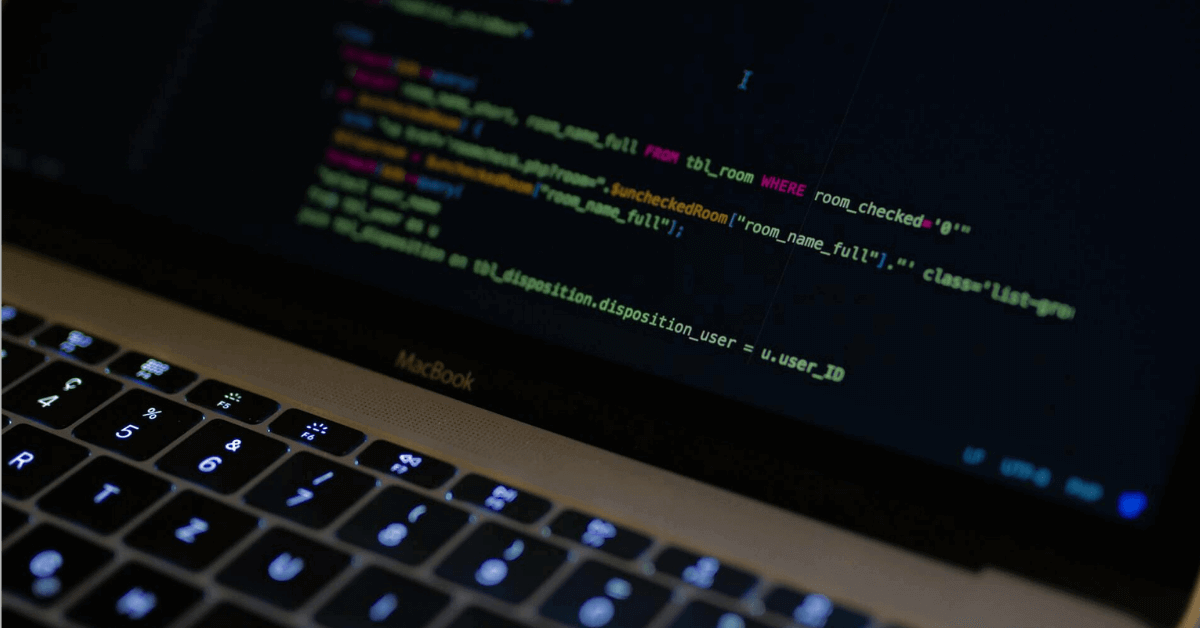 Best Ad Servers for Publishers in 2022

Publishers looking to monetize their websites will be weighing up their options when it comes to ad servers.

Successfully encouraging a web page’s visitors to click an advert requires constant management, testing, and improvements from publishers and advertisers.

Ad servers, however,  can help alleviate some of the stress of integrating and coordinating the various processes.

What Is an Ad Server?

An ad server is advertising software hosted on a server, used by publishers and ad networks to facilitate and manage ads. An ad server dictates what ad to display, at what time, and on what website or application. In this way, publishers can selectively display ads to site visitors based on predefined criteria.

What Are the Types of Ad Server Platforms?

There are two predominant types of ad server platforms: hosted and self-hosted. Hosted ad servers are maintained and run by an ad server company. Meanwhile, self-hosted platforms are installed and supported by the publisher.

How does an Ad Server Work?

To understand how an ad server functions, it is essential to know why it came to be in the first place. When the internet began to gain popularity and functionality in the 1990s, traditional publishing methods moved online. As online content grew exponentially, so did the advertising industry's opportunities to display ads in a digital format.

Initially, online advertising was a rudimentary process with a direct, manual exchange between publishers and advertisers. As the digital advertising ecosystem grew, publishers soon realized they needed to create advertising solutions that offered a more streamlined way to manage advertiser campaigns. From this need was born the original first-party ad server.

Ad serving platforms have since evolved dramatically. However, all ad servers operate similarly:

Why Do You Need an Ad Server?

An ad server allows a publisher to sell leftover ad inventory and maximize their ad income. But publishers that pick the best ad server for their needs can enjoy several other benefits.

Speeds up the bidding process

Ad servers provide advertisers with flexibility, accuracy, and the ability to track ad performance and create a more seamless experience for the ad exchange. Ad servers enable the growth of ad management during the bidding process by implementing the following methods.

In its simplest form, ad rotation is a sequence of ads designed to counter “banner blindness”. Ad rotation does this by ensuring that a user sees new ads each time they land on a page.

Ad servers allow publishers to change out their ads for new ones on a regular basis.

Contextual targeting is the process of aligning ad supply and demand based solely on a webpage’s content.

Ad servers help optimize ad placement on web pages by using automated systems to ensure that the ads served line up with the publisher’s content.

Picking the right ad server can give a publisher greater creative control over the advertising processing. This allows the publisher to advertise items more closely aligned with their brand.

Which ad server should I choose for displaying video ads?

Video ads create a wholesome visual experience for the users. Therefore, while choosing an ad server for video ads, one should seek a content delivery network (CDN) to create high-definition designs.

How should I select the right ad server as an amateur publisher?

New and smaller publishers should look for ad servers that provide browser assistance and support with real-time analytics.

This will help in learning and evaluating advertising behaviors efficiently and effectively.

Is an ad server essential?

An ad server helps parties at both ends to achieve their goals and complete targets with precision. The nature of advertisement can range from desktop native ads or banner ads to mobile ads. An ad server aims to increase the advertiser's sales and a publisher's monetization.

What Is the Role of an Ad Server?

In a traditional ad serving workflow, around 40 steps are required to place an ad on a publisher's website, from selecting the publisher to directing the ad to measure the campaign's performance.

This can become extremely time-consuming and inefficient for ad networks dealing with multiple publishers and ad campaigns. This is where ad servers become invaluable for advertisers and publishers alike.

An ad server's role is to help advertisers efficiently run multiple campaigns across multiple formats from a central platform.

Ad servers give ad networks and advertisers the ability to:

What is a First-Party Ad Server?

What is a Third-Party Ad Server?

Hosted vs. Self Hosted Ad Servers

Besides first-and third-party platforms, ad servers can be further defined as hosted and self-hosted.

Both hosted, and self-hosted ad servers have their pros and cons. Each offers a different user interface and range of monetization options. Additionally, advertisers and publishers often have unique and individual needs for the ad serving process.

Therefore, they should make an informed decision on which ad serving platform to use based on their specific requirements.

Here are some pros and cons of hosted and self-hosted ad servers.

Hosted servers are relatively easy to use, with little technical knowledge required by publishers.

A hosted ad server requires no installation. However, once publishers subscribe to the service, everything is installed for them.

Similarly, all updates are automatically installed for the user once they are available.

Advertising utilizing a hosted server tends to run at a much higher cost than the alternative.

Data is stored by the hosted ad server and therefore is not entirely under the publisher's control.

A self-hosted ad server is fully customizable across the back and front ends.

The cost of a self-hosted ad script is a one-time fee, with the only ongoing charge being the ad server's cost.

Another pro of a self-hosted ad server is that it offers complete control over the ads' data and reporting.

Advertisers need to install self-hosted scripts on the server themselves, requiring a certain level of technical savvy.

Publishers need to install updates as they become available - this does not happen automatically.

Any technical issues need to be handled by the publisher without any support from the provider.

Open-source ad servers are very similar to third-party ad servers. They provide similar functionality, including the ability to serve ads on websites and in apps and collect data for impressions, clicks, and conversions- all with the benefit of being free for the advertisers' use.

How to Choose the Right Ad Server

As the digital advertising industry evolves, players in the online advertising space must understand how to choose the appropriate ad server for their business.

Publishers and advertisers have fundamentally different requirements for what they need from an ad-serving platform.

On the other hand, advertisers require ad server platforms tailored to inform creative and campaign performance. Advertisers should look to choose an ad server that tracks ad impressions for individual ad units to ultimately optimize and inform the creative elements of future ad campaigns.

Keeping the above segment requirements in mind, the top-rated ad servers for advertisers and publishers are in 2022.

Kevel is a suite of APIs that allows programmers to design, build, and launch a fully customized, server-side ad server in weeks. Kevel provides the functionality to run sponsored listings, internal promotions, native ad slots, etc. Plans start at $3K per month, and they are a trusted brand with clients such as Ticketmaster, Yelp, Strava, and Mozilla.

‍‍Previously known as DART for publishers, Google purchased this platform in 2008 and renamed it DoubleClick for Publishers (DFP), recently rebranding as Google Ad Manager.

With numerous features, including an interesting user interface, simple reporting and management tools, a range of monetization options, all backed up by the reliability of the Google network, Google Ad Manager is the ad platform of choice for many premium publishers.

Furthermore, Ad Manager offers two versions of the server, including a small business version which is entirely free to use for publishers who are just getting their websites up and running.

A suitable option for larger publishers serving numerous ads monthly, OpenX is one of the most long-standing, reputable platforms. Despite its cost being higher, OpenX offers publishers the ability to micro-target audiences and customize campaign reporting to access 12 months of historical analytics data. OpenX clients include CBS Interactive, Electronic Arts, and Samsung, to name just a few.

The Broadstreet advertising server was initially designed for the ad serving needs of local news and magazine sites. The Broadstreet ad server offers a simple user interface and is intended to be accessible for users with little technical knowledge. They also provide prompt and knowledgeable technical support. Including integration with WordPress and email newsletters, Broadstreet is reasonably priced, making it an ideal ad serving platform for SMEs.

Revive Adserver is a free, open-source ad-serving script. While it has a long history, including several name changes and ongoing issues with bugs, it is still one of the most popular open-source ad server options for advertisers.

This is primarily due to its extensive targeting capabilities, detailed reporting, including click-through rates, conversion rates, revenue, and eCPM, and the fact that it remains 100% free.

OIO Publisher is a popular PHP ad management script that allows users to sell and serve ads on any website. This script can be installed as a standalone program or directly installed as a WordPress plugin. At $47, it is value for money and suits small, technically literate publishers.

Finding the right ad serving platform for advertisers and publishers operating in the digital ecosystem involves evaluating several factors. Understanding where your brand sits in the market, your financial assets, and what capabilities your company needs from its ad platforms will help inform which ad server is right for your business.

Publift helps digital publishers get the most out of the ads on their websites. Publift has helped its clients realize an average 55% uplift in ad revenue since 2015 through cutting-edge programmatic advertising technology paired with impartial and ethical guidance.

The 11 Best Ezoic Alternatives for Publishers in 2022