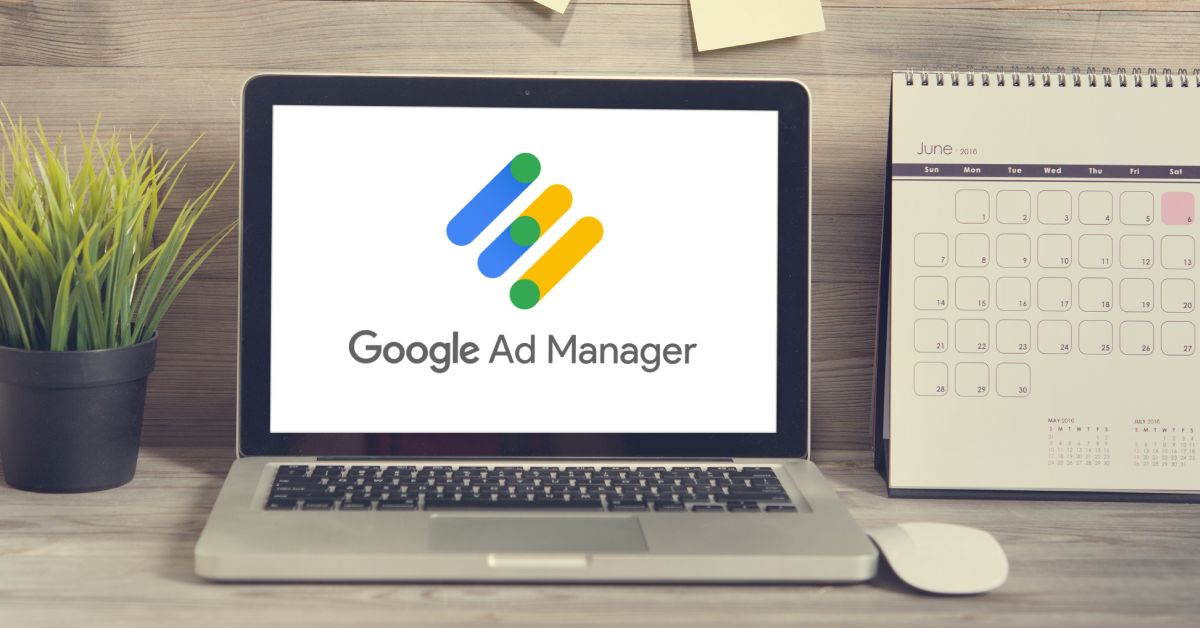 Many marketers would say if you're not using Google Ad Manager, you're missing out on a huge opportunity. Let's dive into what exactly the Google Ad Manager is, what it's used for, some of its different features and options, and how it compares to other Google products.
‍

The platform's origin story starts with DoubleClick, a system created in 1995 to display banner ads across a network of websites. Google acquired DoubleClick in 2007 before launching the DoubleClick Ad Exchange which enabled large publishers to sell ad inventory in real-time. Google also launched DoubleClick for Publishers, which gave publishers more control over their ad units and allowed them to sell them.

How does Google Ad Manager work?

Ad Manager is a complete platform for managing all of a publisher's advertising. It's where ad campaigns are created and managed with automatic reporting available to review performance.

When launching a campaign, publishers define their ad inventory types by choosing where they want to place their ad units. Publishers are also given the option of choosing campaign goals and of targeting their audience by geographic location, demographic or interests.

As it functions, the system contains some ad server functions that can help you. Ad Manager generates a tag for each ad unit and that tag is inserted onto the websites and apps of publisher partners. When a user visits that website or app, the ad tag communicates with the ad server to request an ad. If you have an active campaign that meets Ad Manager's criteria, the ad server will deliver your ad.

The built-in customizable reports can be used to find out which units served to which inventory, how much ad revenue is projected, and many other learnings so that campaigns can be better optimized.

What can you expect to spend when you use the platform? Google recently broke down part of its pricing model, and for every $1 advertisers spend from start to finish on the Google ad exchange, publishers receive 69%. Google takes the other 31%.

These are average numbers and not always fixed costs, but this offers a rough guideline of Google's ad pricing model.

Ad Manager can be linked with Google Analytics, another Google product that tracks and reports website traffic in a very detailed manner. You'd need to have Analytics set up on your website already to take advantage of it, but once you do, you'll be able to access metrics from Ad Manager such as impressions, clicks, and ad revenue inside Analytics. You'll also be able to create remarketing lists in Analytics and use those lists for campaign targeting in Ad Manager. Essentially, integrating the two tools could make it easier to manage your marketing and take it to the next level.

There's no shortage of reporting options in Ad Manager, and they're intended to help you get the most value out of your advertising. Inside your account, you can create and schedule customized reports that show performance by week, quarter, month, or any date range you want to see. You can also filter data by dimension and metric, share the report results with others on a scheduled basis, use predefined templates, and export larger reports into many different formats such as CSV and Excel.
‍

There are some differences between the ways that Google Ads and Google Ad Manager function. Ads (formerly Google AdWords) allows businesses who are creating content to target and direct users to a desired web page using a pay-per-click (PPC) system. That solution is ideal for a retail business or advertiser that needs to market a specific product or service while the Ad Manager is better suited for publishers.

Using Ad Manager, publishers can centralize all of their inventory types i.e. mobile apps, websites, videos, or games, manage a large portion of ad revenue through direct deals from buyers, gain access to more complex reporting with detailed insights, and even take advantage of third-party networks to compete for ad inventory.
‍

How do I become a Google Ad Manager?

After that, you'll name your account (your clients will see this name), choose to use the account to manage your own Google Ads accounts or other people's accounts, choose a country and time zone, and then select the currency that you'll be doing business in. It's that easy! The harder part is getting clients whose accounts you can manage, but perhaps we can dive into that in a later post.

Contact our friendly Publift team today to find out how you can further elevate your ad revenue game as a Google Ad Manager.

Horsing Around at Google AdX Bootcamp!

Publift at the 2018 Google AdX Bootcamp