What is Ad Trafficking? Why is it Important? 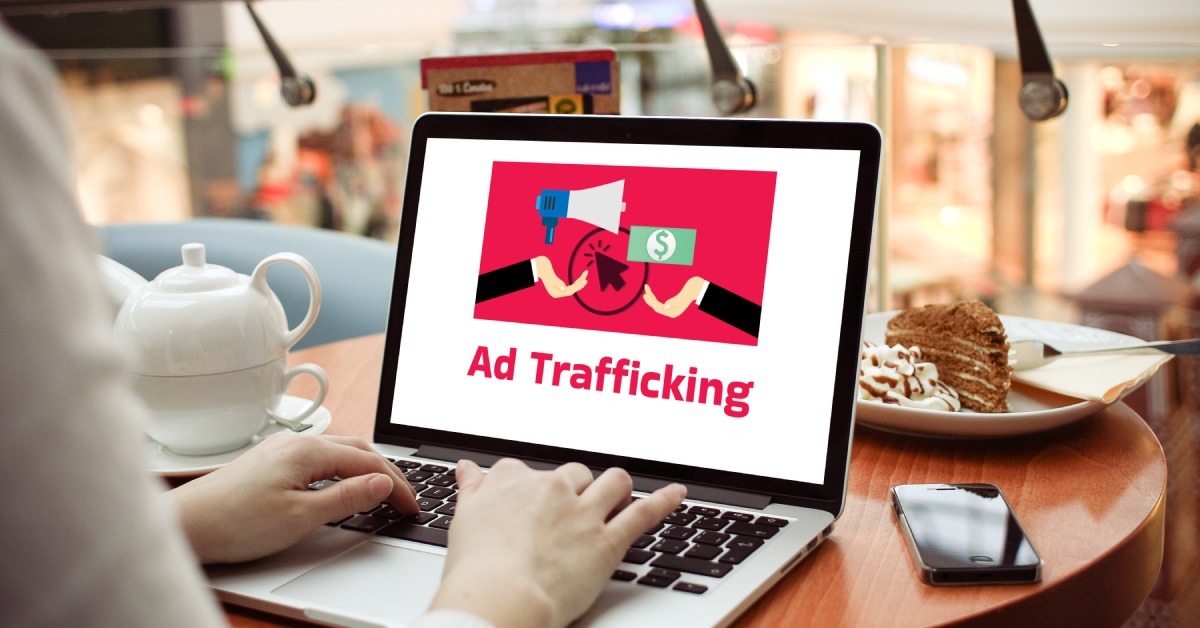 The digital advertising world is broad. There are multiple ways in which advertisers can reach potential customers and in which publishers can monetize their websites.

This complexity has led to the necessity of creating tools and strategies in order to manage all advertising processes. Ad trafficking is part of that.

Ad trafficking is a process that allows ad campaigns to be strategically planned, implemented, and optimized.

The global digital advertising market is still growing and is projected to reach $786.2 billion by 2026. At the same time, digital media is projected to dominate more than two-thirds of marketing budgets this year.

As a publisher, this is good news for you. With investments in digital media on the rise, there are a lot of opportunities out there.

This article is designed to help you understand ad trafficking and the processes behind it, which should help you run campaigns more efficiently.

• What Is Ad Trafficking?

• What Is an Ad Trafficker?

• Why Is Ad Trafficking Important?

• How Does Ad Trafficking Work?

• How to Get Started With Ad Trafficking?

• Do's and Don'ts of Ad Trafficking

• What Is the Difference Between Ad Trafficking and Display Trafficking?

What Is Ad Trafficking?

Ad trafficking is the process of coordinating, optimizing, and managing ad campaigns. It is akin to a sales and marketing strategy that involves both marketing and technical aspects. The ad trafficking process requires a team of professionals to extend the reach of an ad campaign, increase brand visibility, and ensure more and more visitors end up at the advertiser's landing page.

With digital ad trafficking, the process usually involves the creation and strategic placement of banner ads. But it can also involve pop-up ads, interstitials, or other ads that appear when consumers visit a website.

The process of ad trafficking is supposed to maximize the reach of an ad to get as many visitors as possible to the advertiser's landing page. For this purpose, several factors are considered when setting up a campaign: segmentation, targeting, campaign dates, ads or banner placement, etc.

What Is an Ad Trafficker?

The ad trafficker works to optimize ad processes in order to maximize the number of impressions and, implicitly, clicks to a campaign. Usually, the ad trafficker will receive the creatives from the creative team, after which they will work on identifying and implementing the most effective method of setting up the campaign.

Why Is Ad Trafficking Important?

Ad trafficking is important because it helps advertisers and publishers alike reach their goals:

From this perspective, it is important to optimize every aspect of the digital ad trafficking process.

How Does Ad Trafficking Work?

The goal of the digital ad trafficking process is to create a media plan and prepare a digital media campaign for activation.

There are several components necessary for this process: the creative assets, the trafficking instructions, and the ad server configuration and tag generation.

These components often involve different teams: a creative team, the media operations team, and ad operations. While team members will overlap in some organizations, we will simplify the processes involved by referring to the three teams mentioned above.

The creative elements (images, copy, etc.) are generated by the creative team. These are then sent to the media team or loaded onto the ad servers.

Once the creatives are done, they are usually forwarded to a media team, which is responsible for the campaign implementation. This involves sticking with a pre-defined media plan.

The media team provides the instructions, along with the creative assets to the ad operations team for implementation on the ad server.

As the last step, the ad ops team implements the trafficking instructions, proceeds to generate tags, and distributes them to publishers and/or media teams to implement in the ad buying platforms for activation.

How to Get Started With Ad Trafficking?

If you want to reap the benefits of ad trafficking, you need to understand its components and how they interact. Here are three necessary steps you need to follow:

The first step is making sure you have access to the necessary tools. We may be talking about Google AdSense or other third-party ad networks.

Depending on your ad strategy, you may also need access to some of the best ad servers, ad exchanges, and supply-side platforms (SSPs). Advertisers may need to set up access to their demand side platform (DSP).

Once you have chosen your ad infrastructure, make sure your accounts are set up. Google AdSense, for example, is pretty easy to set up and also gives you access to Google Ad Manager.

Implementing a campaign will involve following the processes previously discussed. Before setting it up, you need to clear the creatives, choose the placement and targeting, set up the technical specifications, etc.

When your end goal is to optimize for impressions and maximize ad impact, reporting is crucial.

This is important so that both the ad trafficker and the advertiser can make changes to any aspect of the campaign that isn't performing. For example, reporting can help you confirm impressions according to your targets.

Now that we have discussed what ad trafficking is and how it works, let's also talk about how publishers and those directly responsible—ad traffickers—can approach it better.

As a publisher, you need to be able to understand the advertisers' (or agencies') wants and needs, in order to provide them with the best environments for their ads.

This will help you decide on the ad formats that can increase the engagement rate, as well as other crucial campaign details like CPM rates and placements.

You need to keep track of your final results to make sure you can improve your work—for the benefit of the advertisers, as well as your own.

For example, you should take note of the advertisers' requests when it comes to ad placements. Also, make sure you can justify the statistics for the delivered ads.

At the same time, don't forget to test everything before sending your campaigns to a live environment. Once it is live, the metrics are there to stay.

While this is not entirely in your control, you can contact the creative team or the advertiser to provide suggested optimizations.

The programmatic ad industry is constantly evolving with fast-paced technological advancements. It is crucial for an ad trafficker to keep abreast of the latest developments in the digital ad world. As an ad trafficker, you need to educate yourself, adapt to the changes, and inculcate the habit of staying up to date with new developments.

Do's and Don'ts of Ad Trafficking

As with all things digital and marketing, ad trafficking can succeed or fail.

Here are some tips and tricks on what you should and shouldn't do for campaign efficiency.

What Is the Difference Between Ad Trafficking and Display Trafficking?

While display trafficking and ad trafficking terms are often used synonymously, they are different from each other.

Display Trafficking includes using banner ads that are displayed on different websites. These ads are designed by the marketing and advertising agency. To achieve the desired ROI, these ads are planned, placed, and executed as campaigns.

It adds complexity to the campaign design process, but it also offers advertisers the opportunity to maximize their efforts and stay relevant in an ever-challenging digital market.

Publishers that understand the driving forces behind the ad trafficking process, meanwhile, are better positioned to meet the needs of their demand-side partners.

What is trafficking in Google ads?

Google’s Campaign Manager 360 is used by creative agencies and advertisers to help manage their ad campaigns across websites.

What is Digital Media trafficking?

Simply put, digital media trafficking is the process of designing and implementing live advertising campaigns to serve and track ads. An ad trafficker runs the campaign with the help of the media, creative, and operations team. Some of the key tasks performed by the team involve strategically placing an ad, creating links for tracking, using ad creatives, etc.