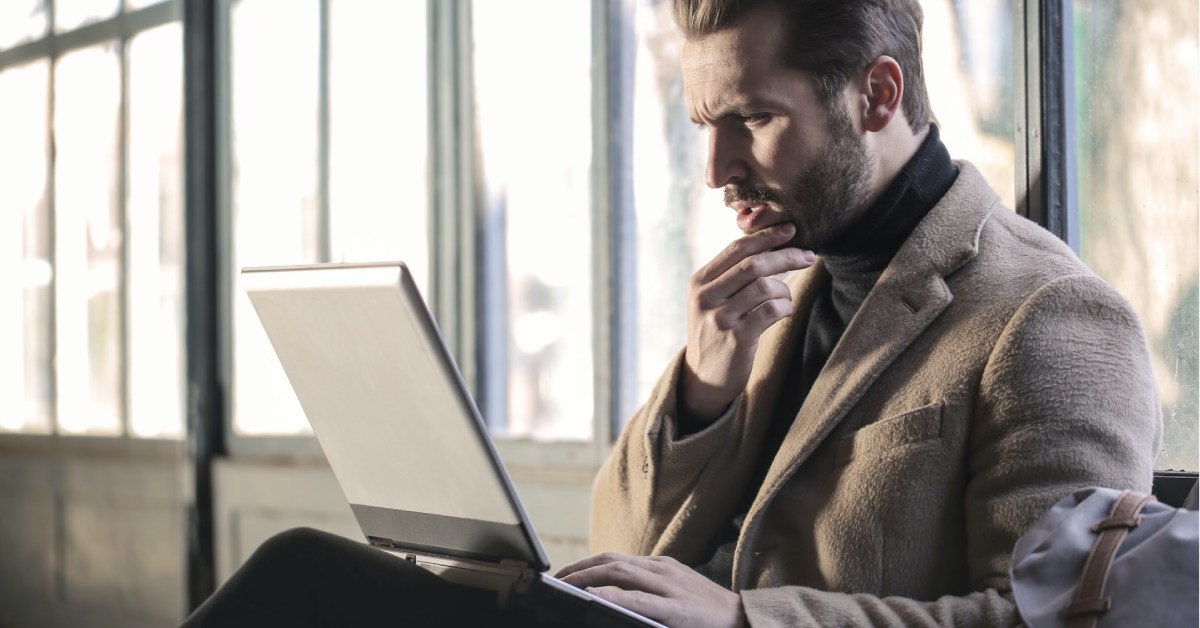 Can you point out a common element between the first print ad produced centuries ago and a digital ad created for the 2022 holiday season? If you guessed correctly, you’d have said it’s the message.

Advertising is all about conveying the right message to the right people at the right time. With that said, sometimes you might need something extra to push your message over the top with your target audience people. In order to do that, advertisers sometimes use advertising fallacies.

But what exactly are fallacies in advertising? And why should modern marketers be aware of common advertising fallacies?

In this article, we’ll take a look at advertising fallacies and discuss 10 of the most common examples that still make the rounds.

What Are Advertising Fallacies?

Advertising fallacies are a marketing technique that aims to elicit a positive response from the audience about a product or service. Used in all forms of advertising, the technique usually involves the use of flawed arguments to drive an emotional reaction.

Some ads often bend the truth, make false arguments, embellish a promise, or even create fear to persuade consumers to buy their products. Fallacies, if implemented effectively, can be incredibly persuasive and drive impressive results.

Why Do Advertisers Use Fallacies?

Logical fallacies grab customers’ attention, persuading them to act when regular messages and reasoning might not offer enough motivation to make a purchasing decision.

Common logical fallacies—such as statistics, messages from an authority figure, brand comparison, etc—leave a lasting impression on potential customers. They evoke favorable responses from prospects and convert them into customers. Even after a lead is converted, logical fallacies can help the customer become a loyal advocate by tapping into their emotions.

Are Logical Fallacies Effective in Advertising?

They can be incredibly effective in advertising if used correctly. People react emotionally to some messages and they also have biased opinions towards certain things. Understanding and addressing those parts through an ad helps people connect with the brand on the next level.

Common logical fallacies in advertising often address biases, appeal to authority, red herrings, or hasty generalizations. Fallacies can leave a deep impression of a brand so people easily recognize it.

10 Most Common Examples of Fallacies in Advertising

Ad hominem is a Latin phrase that translates to “against the person”. It is a logical fallacy that makes competitors look bad so people prioritize the advertiser’s products or services before its rivals. An ad hominem argument appeals to the audience by casting aspersions on a competitor suggesting they are inferior, untrustworthy, or even evil in some cases.

Let’s explore how one brand might try to use an ad hominem fallacy strategy. Let’s say Corry’s is a leading tomato ketchup brand that wants to win market share from Perpino. Instead of advocating the merits of its own brand, Corry’s ads focus on Perpino’s unsustainable practices and use of underpaid labor in obtaining raw materials.

By using an ad hominem fallacy, Corry’s is arguing that if Perpino is an unethical brand then consumers should pick Corry’s.

Scare tactics focus on using fear to drive sales. This logical fallacy typically highlights environments and situations that pose a significant threat to the target customer’s surroundings. It then suggests a particular good or service can help them avoid the risk. The tactic works by making people assume they are at risk even when a strong reason hasn’t been presented.

Security companies, insurance companies, and drug companies mostly use scare tactics in their ads. However, it’s also common in other industries as well.

In an ad for a weight loss supplement, for instance, the message focuses on the possibility of serious diseases and health risks that a higher than average BMI brings. It then follows up by implying the risks can be avoided easily with the person using the supplement to lose weight.

Similarly, an insurance company advert may use this approach in their ad by highlighting different scenarios that destroy a person's wealth, arguing that the only way to avoid such a catastrophe is through insurance.

The traditional wisdom fallacy refers to the practice of suggesting that the ideas and practices that once made sense are still relevant. Advertisers use it to appeal to an audience’s nostalgia and value for tradition. People value things that have been consistent over a long period and through generations.

The traditional wisdom fallacy is widely used by businesses that are more aligned to selling products and services that have historical origins, such as art, culture, and traditional courses. It’s also common in the hospitality industry.

Some yoga schools, for instance, promote their traditional establishment and generations-old knowledge to argue that they are the best in the business. By doing so, it appeals to the customers’ sense of history and nostalgia.

The halo effect uses the reputation of a brand’s successful products to elevate public perceptions about new products. It leads people to believe that a new product, though it’s untried and untested, must be the best in the market because it’s launched by a reputed brand.

Advertisers commonly use this fallacy to convince people to purchase additional or unrelated goods or services as a result of the brand’s success.

If a reputable car company launches a new line of vans, then the marketing might run a campaign touting its track record in developing great cars and urge people to buy the vans based on that. This is despite the lack of evidence that the vans are better than those made by more experienced.

The appeal to authority refers to industry specialists promoting advertiser’s goods. People are more likely to trust products or services that are approved by industry experts. To cater to this consumer behavior, some ads feature professionally dressed actors as experts while others hire real experts to convey their message.

Ads that use the appeal to authority approach include people dressed in professional attire explaining why the audience should use a particular product. These ads commonly include the name or image of an expert implying that they have approved the message displayed.

Appeal to authority fallacy is more common in the health and beauty industry, while sports brands also heavily use this tactic by featuring authority figures in their product promotions.

An example of such a fallacy would be a toothpaste brand ad featuring a person wearing dentist attire explaining the advantages of their toothpaste and why it’s better than other brands.

You can also find a lot of brands using real specialists endorsing certain products and services online as an example of this fallacy.

The appeal to emotions fallacy aims to evoke an emotional response in the audience. It’s a well-practiced marketing tactic that can also be combined with other fallacies across different ad campaigns.

To urge the viewer to buy a product, ads with emotional appeal fallacy often convey information that arouses an emotion within them, such as enthusiasm, rage, excitement, or sympathy. This fallacy is widely used in ads of various products and services across multiple industries.

A native advertisement of a fashion brand that pairs pictures of impoverished children with a message that they’ll donate $3 from every purchase to relevant charities is an example of appeal to emotions in advertising. It appeals to the consumers’ sympathy and urges them to make a purchase.

7. Appeal to the People

An appeal to the people fallacy is when an argument appeals to what the majority of people hold to be, or simply more valuable, rather than what experts suggest.

Many brands use customer reviews to attract new customers using this fallacy. Advertisers use it widely across different industries and for different brands. For instance, a furniture company can claim itself as the best furniture producer in the market because it has more positive reviews on the internet than its competitors.

The false dilemma fallacy refers to using an either-or scenario in an ad to create an artificial dilemma. It usually compares one product or brand against limited options in the industry and makes the advertiser’s product look superior. It convinces people to think they might be missing the best option if they try any other product.

The false dilemma fallacy also urges customers to choose the advertiser’s wares by reducing the range of available options. False dilemmas can help create pressure on a customer to settle for less. Advertisers across different industries use this tactic.

An example of false dilemma fallacy would be an ad for a real estate agency that implies it is the only New York agency that provides the safest apartment options for new expats.

The hasty generalization fallacy involves creating ads that draw conclusions from data sets to make a generalized point. In this case, the data sets are often incomplete and the conclusion is drawn without including variables.

It may be used to embellish a claim about a good or service without offering concrete supporting evidence. As access to information is easier in modern times, advertisers should be very careful about using this approach.

An example of hasty generalization might be a sports brand highlighting that an olympic swimmer wore their goggles while winning a gold medal, implying their brand was responsible for the outcome.

For instance, let’s say the Zampu clothing brand claims that it has been using environmentally-friendly materials in its products for a long time, whereas rival Figoto only adopted a similar practice recently. Although both fashion brands are now selling sustainable clothing, Zampu uses a red herring fallacy to highlight a less significant aspect that sets their brand apart from that of their rivals.

Advertising’s entry into the digital era has seen the platforms and approaches that advertisers use evolve.

However, some advertising practices are still present and modern marketers need to understand how and when they might be used. Modern advertising is fundamentally different from the past, given that consumers can instantly fact check claims and assertions. But understanding how advertising fallacies work also means understanding how audiences respond to certain techniques.

While you should be very careful when using any of the techniques mentioned above, given that such a move is both reputationally risky and also represents something of a slippery slope, that doesn’t mean you have to rule out all such options. Nuance, after all, can be everything when it comes to designing an effective ad campaign.

‍Contact us today to learn more about how Publift can help boost your ad revenue and grow your business.