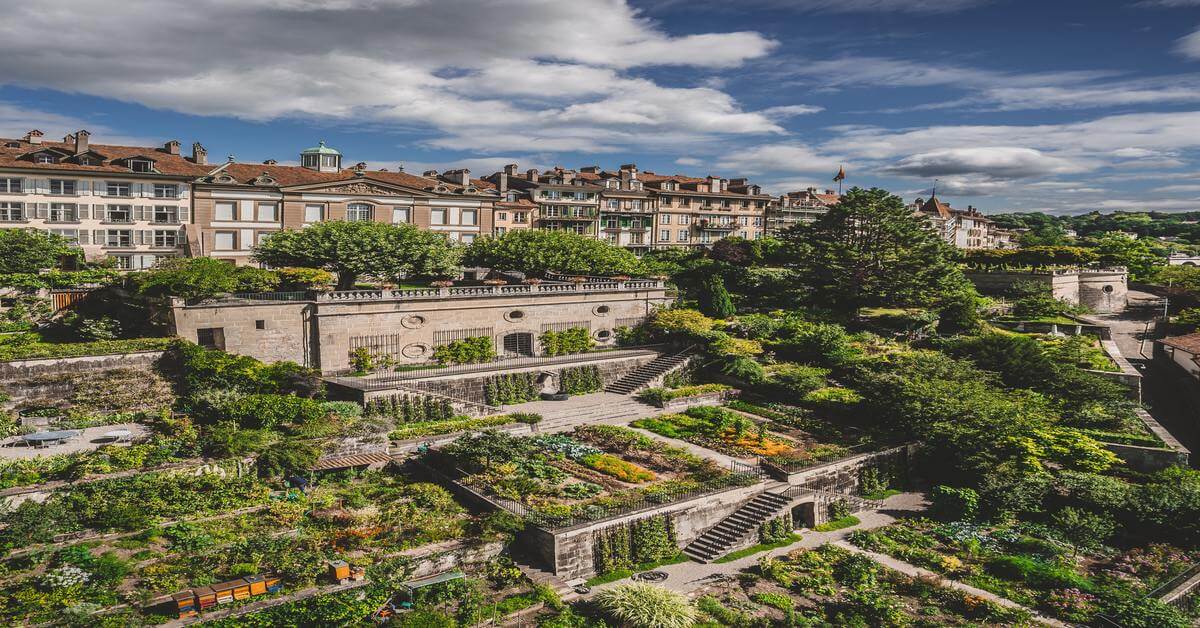 Perhaps you might wonder how these three platforms are able to capture nearly two-thirds of the market in such a competitive industry. The explanation largely boils down to user data and the way these platforms structure their marketing services, and much of that is due to the "walled garden" approach.

A walled garden is a closed platform or ecosystem wherein the provider of the platform has total control over the content, applications, and/or media and restricts access as it sees fit with the end goal of creating a monopoly.

Let's take a closer look at how exactly walled gardens function in advertising and tech, why it's relevant to publishers, and some of the key advantages and disadvantages.

• Advantages and Disadvantages of a Walled Garden

While the term "walled garden" is garnering a little more attention these days as the conversion around ad tech grows, the term initially had a somewhat different meaning when it was first coined by Telecommunications Inc. (later acquired by AT&T) founder John Malone.

In the 1970s, before the creation of a major tech company like Google, Facebook, or Amazon, the best example of a walled garden was telecom providers like Bell System. These companies owned all of the hardware and had some control over the information that passed through their telephone lines.

While the telecommunication industry has lost some of its control due to a landmark case or two in the legal realm, we still have tech giants like Apple with total control over their own iOS ecosystem in a similar manner to the Bell system. This control stems all the way from mobile devices to the apps on their marketplace.

On the internet and, even more specifically, in the world of advertising, the meaning of walled gardens is a little different, but it boils down to advertisers being forced to use a closed ecosystem to run their campaigns.

If an advertiser has no choice but to a) use the company's data management platform (DMP) targeting based on their user data, b) their demand-side platform (DSP) to buy ads, and c) their dynamic creative optimization (DCO) that personalizes and controls the transmission of the ad itself.

The icing on the cake that really makes a walled garden more of a walled prison is the control of the campaign data. When a platform limits the exporting of data and gives aggregated metrics to be measured, this keeps most of the data in-house and stops data leakage in its tracks.

Establishing a walled garden is no easy task, but as we'll see momentarily, it can be one of the most effective strategies for an ad tech service provider.

Also Read: DMP vs DSP: What is the Difference?

Some of the biggest tech and publishing companies in the world take advantage of this strategy by having their own walled gardens, making themselves, in many cases, the only option for users.

While walled gardens could appear to be ominous and controlling, they can also be extremely beneficial for publishers. After all, you can go to one destination and potentially fulfill all of your publishing needs. Walled gardens offer publishers immense audience reach, monetization options, and opportunities to boost referral traffic.

The walled gardens of tech companies

The first example we'll look at of a tech company with an entrenched walled garden is Facebook. Why is Facebook called a walled garden? With what was recently reported as nearly 3 billion users of different ages, genders, ethnicities, etc. on their platform, Facebook has access to immense amounts of user data. That allows them to offer one of the most comprehensive targeting solutions currently available in the world of advertising. Using the criteria we considered earlier, we see that Facebook ticks all three boxes. They require advertisers to use their DMP, DSP, and DCO, and they keep much of campaign performance data in-house.

Google is perhaps an even more extreme example. With roughly 1.5 billion Gmail account holders and over 100 billion searches on their platform every month, Google is swimming in data. Using their Ad Manager service, they tick the same boxes as Facebook on their way to maintaining a closed platform.

While consumers are more familiar with Amazon for its massive eCommerce platform, what many don't realize is that the company has also reported generating over $20 billion in ad revenue through its Amazon Ads service. Besides featuring the same unique walled garden attributes as Google and Facebook, they have something those companies don't, at least not in the same capacity. Amazon also has purchase data from the 18.5 purchases made every second on their platform.

Apple brings something different to the equation with the control of multiple devices and the iOS app marketplace. It's estimated that there are now over 1 billion iPhone users in the world, and that's not even counting all the hardware they produce such as MacBooks, iPads, etc. The difference between Apple's business model and the other companies is that they don't offer an advertising service, at least not at the moment. Their focus on protecting user data would present a potential roadblock to them ever going in that direction.

The walled gardens of publishing companies

Besides taking advantage of established walled gardens built by tech companies, publishers can also create their own walled gardens.

Take, for example, The New York Times. By creating attractive content they draw in users, funnel them into a subscription model, and then continue feeding them more content to maintain that monthly fee. This completely bypasses the model that many publishers follow which revolves around referral traffic and makes a publisher more dependent on other platforms. It also allows New York Times to sell ad space to advertisers since they recently reported having over 8 million subscribers on their website.

Business Insider is another publishing company implementing the walled garden approach. By making many high-value articles available to users for free, they bring them onto their platform and engage them. While a user is browsing or on a return visit, they may try to access an article and be prompted to sign up for a paid subscription. Some of Business Insider's content is behind the paywall, creating their own walled garden of exclusively subscriber-accessible content.

This strategy is much easier for large publishers to deploy and far less simple for new and small publishers. Large publishers with far-reaching influence and national reputations already have the biggest and most important asset when it comes to creating a walled garden ecosystem: eyeballs. Without users coming to your site, it's next to impossible to create a closed platform instead of ending up as a walled desert, not a garden.

Each of these companies is a prime example of how a walled garden makes for an effective business strategy. These tech giants have become synonymous with the internet itself, catering to billions of customers collectively and making boatloads of money while they do it.

Advantages and Disadvantages of a Walled Garden

Walled gardens can end up being monopolies that smother the competition and create unbalanced power dynamics, but they can also be incredibly effective tools for advertisers, publishers, and even users. Here are some of the advantages and disadvantages:

At the end of the day, competing with or usurping an established walled garden tech platform with scale such as Google, Amazon, Facebook, or Apple (GAFA as they're often referred to) is nearly impossible, but these ecosystems can have an important role in the lives of publishers, advertisers, marketers, and the world in general. Publishers can attempt to build their own walled gardens, but in the world of advertising specifically, the path of least resistance is to go where the people already are, and there are billions of people in the walled gardens of GAFA.