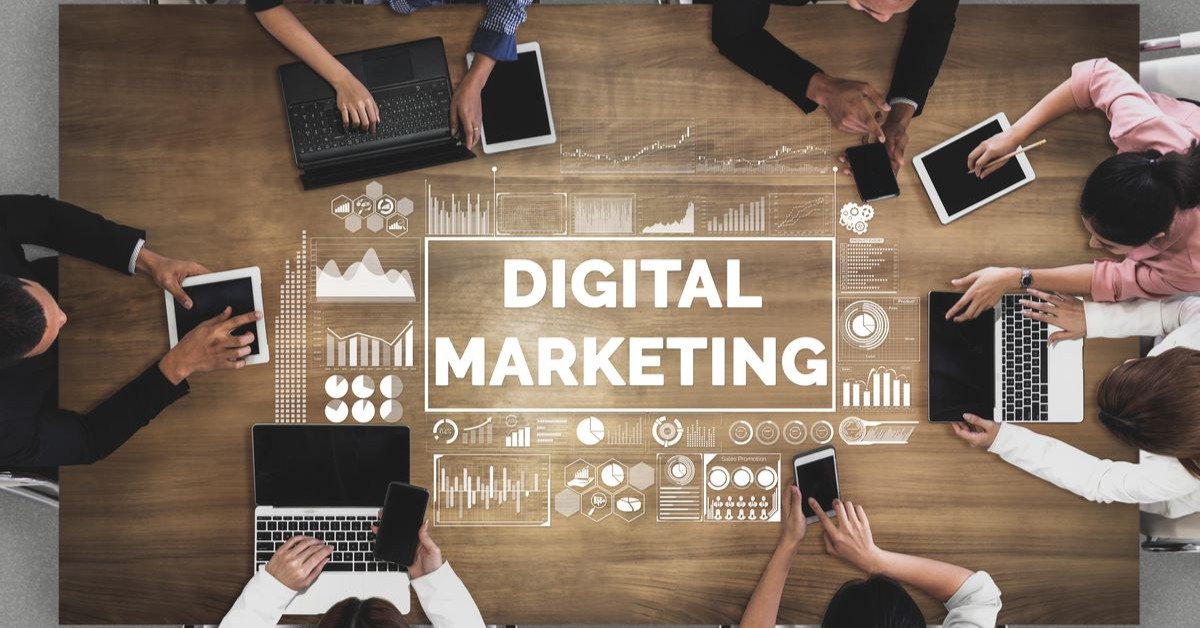 Ad networks and ad exchanges are key components of the programmatic advertising model, understanding their role is key for both publishers and advertisers when developing their marketing strategies.

This is especially important given global programmatic ad sales are projected to hit $724.8 billion by 2026, supported by forecasts that the number of internet users will climb to 5.3 billion by 2023.

In this article we'll compare ad networks and ad exchanges’ features, pricing models, and more to help you decide which best suits your digital strategy business.

• What is an Ad Network?

• What is an Ad Exchange?

• How Do Ad Networks Work?

• How Do Ad Exchanges Work?

• Ad Network Or Ad Exchange: Which One To Choose?

What Is an Ad Network?

An advertising network is an online company or organization that connects businesses looking to advertise online with websites that are selling ad inventory.

Some of the best ad networks include Publift, Google AdSense, Adcash and AppLovin.

Ad networks can help larger and more audiences see ad campaigns, through programmatic advertising. While techniques such as behavioral targeting existed before real-time bidding (RTB), the process has undoubtedly made it easier for marketers to appeal to their target audience.

Some studies have shown that behavioral targeting can improve click-through rates (CTR) by as much as 5.3 times compared to non-targeted marketing.

What Is an Ad Exchange?

An ad exchange is a platform that works as a digital marketplace where online publishers offer ad space and advertisers can bid for this space.

Ad purchases are made automatically and autonomously on the platform, based on whichever offer is deemed to be more attractive, instead of having two parties directly negotiate.

Where an ad network collects ad inventory from publishers and then it sells to advertisers, an ad exchange acts as the digital marketplace where advertisers and publishers can purchase and sell ad inventories directly.

Ad networks can also be seen as the intermediary between publishers and advertisers since these networks filter ad inventories based on criteria such as user demographics or online behavioral characteristics to help the ads reach the right target audience.

For example, if you sell second-hand or restored car parts, users looking for such items on platforms like Google or Facebook are more likely to be shown your ads.

Since ad exchanges are simply the tech platform for purchasing ad space, they aren't considered an intermediary. However, because they act as an open marketplace, they can do the work of multiple ad networks while giving advertisers a fair chance at bidding and purchasing available inventories.

Now that you have an idea of what ad networks and ad exchanges are, we'll dive into a detailed comparison to help you get one step closer to choosing the right option for you.

Both ad networks and ad exchanges have key differences when it comes to digital advertising:

Let's discuss them in more detail below.

The launch of the first clickable web-ad banner in 1994 planted the seed from which the digital advertising industry would grow.

In 2003, Right Media was founded and would become the world’s first ad exchange. Ad exchanges now allowed publishers to sell their leftover ad inventory faster (compared to premium ad networks) using automated real-time bidding technology and were also given more control over who they targeted with their ad campaigns.

Ad networks mostly offer zero transparency to their users. Advertisers aren't normally made aware of when or where their ads will appear, or how many parties take a cut of their budget. Publishers, in addition, don't have a lot of inventory optimization control and aren't made aware of the advertisers or their movements.

In comparison, ad exchanges enable advertisers to see exactly which transactions and inventory cost changes are made, making the media buying process completely transparent. Both the advertiser and publisher are also aware of one another and the transactions made.

Ad networks take their share by either marking up the price when they sell inventory or by taking a cut of the ad revenue.

The audiences that ad networks cater to include advertisers and ad agencies.

Ad exchanges also work with these users, as well as demand-side platforms (DSPs), supply-side platforms (SSPs), and the ad networks that buy from them (though this is more uncommon).

A DSP is a platform where an advertiser/advertising agency has access to several ad exchanges and inventories that they can buy. On this platform, advertisers can use a filter to see which inventories they want.

Alternatively, an SSP is a platform for publishers where multiple ad exchanges are linked together, allowing publishers to spread their ad inventory across multiple platforms.

With ad networks, your inventory cost remains stable via the fixed premium price that you charge. You can also charge per thousand impressions/click-throughs (CPM/CPC), meaning that you’re paid depending on how often an ad is shown or clicked on on your website.

This is different from ad exchanges, where the inventory cost fluctuates and the price is determined by, and sold to, the highest bidder.

Ad networks and ad exchanges have the same ad formats for media buyers and include native and display ads (image, video, text, or as a GIF), mobile browser, in-app and content recommendation ads.

Ad network types include the following:

Ad exchange types include the following:

Now that we've worked through the key differences between advertising networks and exchanges, let's look at how exactly these options work.

How Do Ad Networks Work?

An ad network collects a large number of publishers that are willing to sell their advertising space to advertisers.

When a publisher sends a bid request after a visitor lands on their site, the user’s details are sent via an ad tag. This tag contains relevant information about the ad space, such as ad placement, and the visitor.

When a match occurs between an advertiser's campaign and a publisher's inventory, the ad details are sent to the publisher’s ad server.

Once accepted, the publisher inserts the tag code (HTML or Javascript) on their website, the ad goes live and the advertiser can track and manage its performance in the ad network's campaign panel without needing to inform the publisher.

An easy analogy to remember is that ad networks are like stock brokers that help you buy the right stocks on the stock exchange based on your requirements.

How Do Ad Exchanges Work?

To sell their ad inventory, a publisher will use an SSP to make their inventory available to ad exchanges. They'll provide all necessary information the SSP needs, such as page location, price floor amount, and buyer personas.

Additionally, an advertiser will use a DSP to connect to an ad exchange in search of available space.

When a user visits a publisher’s website or mobile app, an ad request is sent to multiple exchanges and DSPs (if the publisher has ad space available) via the publisher’s ad server.

Once the ad request is sent, the ad exchanges simultaneously send a bid request to the DSPs. The DSPs inspect the request to determine whether that particular impression would be of interest to the advertiser. If it is, the DSPs will reply to the ad exchange with the information it needs.

The ad exchange analyzes the information to determine the most relevant bidder for that inventory. This helps identify advertisers that don't meet the proper requirements, such as beer ads displayed on a website about children's toys.

The exchange selects the highest and most suitable bidder and their ad goes live on the publisher's website.

What's impressive is that this whole process happens in mere milliseconds.

If you’re still not quite sure how ad exchanges work, think of them as being like the stock exchange, which allows you to buy and sell stock in real-time on an open ad marketplace.

Although it's important to know how these processes work, what benefits do ad networks and exchanges hold for your business?

Because ad networks connect to such a large array of premium inventory space automatically, advertisers don't have to spend hours looking for inventory that suits their needs. The network does it for them.

They can also help to improve the ROI for both publishers and advertisers. Publishers can sell their inventory at premium prices and advertisers can broaden their reach through the connections ad networks provide.

Lastly, since ads typically come with non-negotiable fixed rates, advertisers don't have to worry about haggling to sell their ads, being able to count on automated media buying. This is especially handy if you don't have sales or negotiation experience.

Ad exchanges are highly transparent and offer real-time audience insights. This enables advertisers to see where their ads are placed and also helps them improve their targeting strategies.

Improved security is also a big plus, and advertisers can filter or block competitor ads or ads that have sensitive or inappropriate content.

Lastly, advertisers can sell all their campaigns (not just the premium ones) and publishers can save money by opting for cheaper ads that might be more relevant to their audience.

Ad Network or Ad Exchange: Which to Choose?

Struggling to decide whether an ad network or ad exchange is the better fit for you?

Since ad networks and ad exchanges are a part of programmatic advertising, you'll benefit either way.

If you aren't worried about the lack of transparency and want to buy ads in bulk or reach a larger (potentially international) audience, an ad network is the way to go.

However, if you’d prefer greater transparency with the ability to create more dynamic advertising campaigns, choose an ad exchange.

In this article, we brought to light some key elements to help you choose the right advertising strategy, such as:

Although it's important to understand the differences between ad networks and exchanges, knowing is only half the battle. Luckily, Publift makes getting started an absolute breeze.