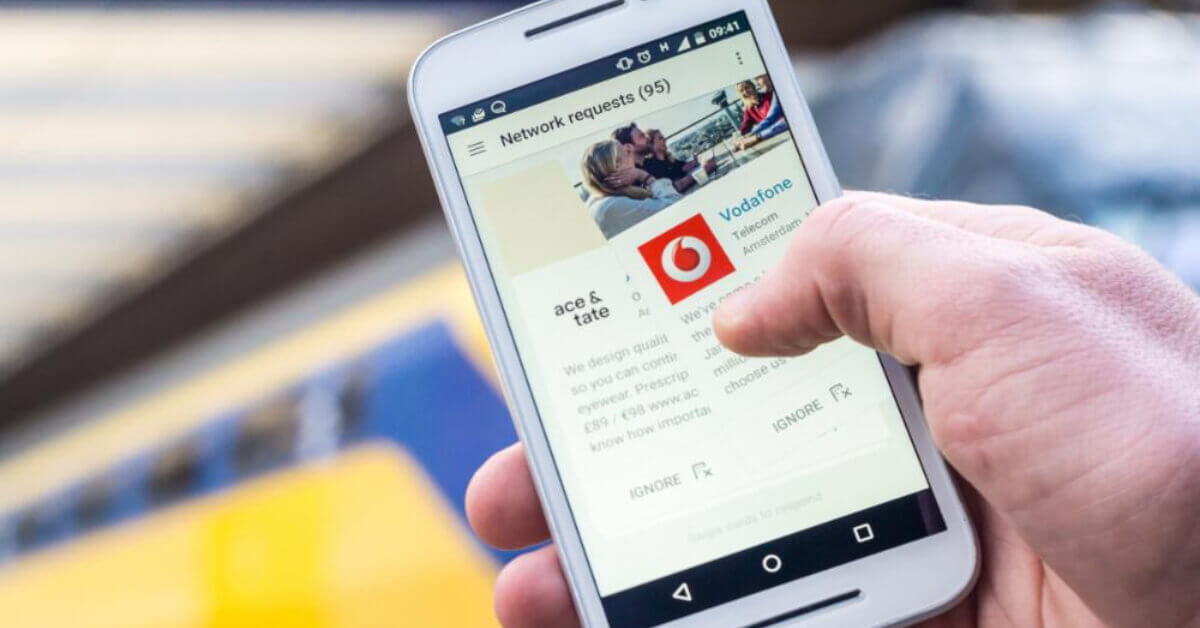 One of the main goals of the adtech industry is to simplify the exchange between advertisers and publishers. But despite the industry's steady stream of advances, there remains little to no coordination within the digital advertising industry.

Until recently, this left publishers forced into juggling a mix of publishing platforms and different monetization sources in an attempt to get the most out of their ad inventory.

To overcome this disparity, in-app header bidding emerged in mid-2015 as a viable solution. When compared to Google's waterfall method, which leaves advertisers and publishers "hanging in the breeze," so to speak; helpless and hoping, beneath the unyielding hooves of popular advertising networks, the in-app header bidding method provides publishers with a more effective and more biased way to monetize their ad request inventory.

In this article, we will explain in-app header bidding and other related terms for those of you who don't already know, plus we'll be bringing you up to speed on how in-app header bidding works, the benefits of in-app bidding to mobile ad networks, and publishers, and what to expect in the future forbidding as a whole, plus reasons why we believe that unified auctions will be at least part of if not leading the way in the future of advertising.

What is In-App Header Bidding?

Also referred to as advance bidding or pre-bidding, in-app bidding offers publishers a way to simultaneously provide ad space out to numerous supply-side platforms (SSPs) or advertising exchanges at once, offering a more unbiased and fair alternative to Google's waterfall model, in which unsold ad inventory is being provided to the top-ranked ad exchanges first, and then whatever ad exchanges are ranked under that get whatever is left of the unsold inventory.

In-app header bidding automatically generates bids from multiple advertisers simultaneously by placing the publisher's inventory on multiple demand-side platforms. (DSPs) In contrast to the waterfall method and open real-time bidding (RTB) in which each DSP enters the auction when it's their turn, header bidding allows all DSPs to participate equally, giving publishers the ability to receive demand-based prices for their ad space, making the traffic value bidding between publishers and advertisers a little more even-handedly for both parties.

How Does In-App Header Bidding Work?

Unlike Google's waterfall model, in-app header bidding gets bids from everyone at once and selects the highest bid placed instead of getting bids one at a time and then stopping the auction at the first acceptable bid. But this method is appropriately named "in-app header bidding" because it uses a string of JavaScript code that is embedded into the header of publishers' websites. The string of code's function is to connect the publisher's website to various sources who are interested in buying advertisements. Every time the publisher's page is loaded, advertisers bid on each impression on the page.

What Are The Benefits For Mobile Publishers And Advertisers?

Benefits of Header Bidding for Publishers:

In-app bidding allows web and mobile app publishers to present their ad inventory to more advertisers, ad exchanges, SSPs, and other networks enabling them to get more buyers willing to advertise at a higher price to reach their target audiences and allowing publishers a chance to maximize their cost per mille (CPM) and earn more revenue through parallel bidding.

In-app bidding also allows mobile publishers to see how much advertisers are willing to pay for each impression in mobile apps before placing the ad. This allows the publisher to determine how much each ad impression is worth and bid to many advertisers at once. Then, the highest-bidding demand source wins the impressions also letting them enjoy the benefit of having a systematically maximized CPM.

Fill rates automatically rise when many demand partners participate in auctions. This means that, as a publisher, you can place as many pop-under advertisements as you want on your website because pop-under ads do not occupy space on your pages directly.

In-app bidding also allows publishers to maximize the actual value of their inventory through header bidding since advertisers naturally bid more for it so that they can win the placements. Increased prices of premium inventory can further increase revenue for publishers.

In-app bidding also lets publishers enjoy a more dependable flow of bids by adding a variety of bidders who bid at different price points and a better chance of getting a bid on every impression. Publishers also can profit from remarketing cookie matches, some of the highest paying CPM rates possible.

It is believed that in-app header bidding primarily benefits publishers, but it helps advertisers too. Advertisers can access more and better inventory through header bidding. It is easier for programmatic buyers to access inventory with in-app header bidding since tag-based integrations obscure the amount of inventory because they cannot tell what publishers are using to fill directly sold business. Using header tag integrations, buyers can see what ad space is available for every impression, getting rid of this blond spot and allowing advertisers to land better in-app bidding placements.

With this type of bidding system, advertisers have access to all the inventory available from their publishers, as well as the ability to bid in several channels simultaneously. One drawback is that buyers can find themselves bidding against their own bids if they are not careful.

Until header bidding was introduced in 2015, web publishers and mobile web publishers sold their premium inventory on private marketplaces. In turn, the open market would receive lower-quality inventory. In-app header bidding, however, changed this... By having all of the data in the web page's header, advertisers are now able to view publisher inventory and quickly bid for placements, and secure their ads.

Advertisers have been able to view ad inventory more effectively using in-app header bidding. A site visitor's demographics and impressions are also included in this report. These data can help an advertiser develop a more effective target strategy. Additionally, buyers now have easier access to their audiences on a larger scale.

The rise of new advanced technology comes with several different challenges that must be overcome as well as developments that need to occur before it can take off. That being said, implementation is the main disadvantage of in-app header bidding. Whenever a new technology is introduced, it can take some time for new users to get used to it, to understand how it works, and how to maximize its use.

Publishers often have difficulty setting up in-app header bidding because the technology is complicated. To determine if in-app header bidding is more beneficial than traditional programmatic advertising, those thinking about getting started with it should evaluate whether it will benefit them overall.

The Future of Bidding and Unified Auctions

In a unified auction, bids from all partners are sent concurrently, and the ad impressions are then awarded to the highest bidder by the ad server.

This procedure avoids running multiple auctions at the DSP- or exchange-level and then transferring the bids to the ad server. A unified auction increases yield by bringing various demand sources to the table for publishers and implementing the first-price system.

How Are Unified Auctions Different than In-App Header Bidding?

While the goal of both auction models is to maximize demand for inventory, their functions are distinctively different. The in-app header bidding process calls demand partners via a wrapper and conducts a client-side auction. Unified auctions, on the other hand, are handled by the server.

Because client-side header bidding happens within users' browsers, it can increase page load times; an issue that unified auctions will never see. Google Exchange Bidding (now Open Bidding) is one example of a unified auction.

A unified auction makes sure only one bidding session takes place per impression. In contrast, header bidding selects a bid from multiple auctions (DSP and network-level) before sending it to the header bidding wrapper.

A unified auction doesn't release ad requests incrementally from the demand source with the highest expected eCPM to the next highest demand source as a traditional waterfall model. All sources of demand are equally and simultaneously handled by the ad request flow, both server-side and client-side.

All demand sources can bid in real-time in an online unified auction environment. Consequently, apps publishers can determine how much each demand source is willing to pay per impression for their inventory.

A unified auction offers several advantages over traditional waterfall bidding and in-app header bidding. Here are some of the main benefits of unified auctions:

Publishers can send bid requests to multiple demand partners, resulting in increased competition for inventory. As a result, the highest bidder wins the auction. Higher bids and greater competition lead to more revenue.

A unified auction in-app should provide developers with complete transparency. The auction level performance data should be available so you can understand why a demand partner won. It will be easy to see performance metrics for ad networks, including bid CPM prices, winning CPM prices, impressions, and earnings per demand partner.

Furthermore, you can find out more about the market value of your inventory with these additional data points. As a result, you will know which segments of your users are valued more than others, and by how much.

The benefit of improving monetization to reduce latency and increase ad revenue is a priceless commodity for mobile app developers. Smart mobile app publishers are staying ahead of the curve when it comes to mobile app monetization, offering new, hybrid ad delivery methods that create a better mobile app environment for app users by reducing the ad delivery latency in mobile apps and incorporating an ad network in which in-app bidding can benefit advertisers and publishers while looking out for the user experience in mobile apps at the same time.

Many app publishers who build the best mobile apps will have all of this thought out from square one, depending on their technical capabilities and experience level. But the bottom line is, app publishers who have their minds on ad impressions, latency issues, SDK integration, and tweaking in-app bidding methods in the ever-evolving quest for a streamlined process for an ad exchange, the best way to maximize revenue and improve efficiency using a new hybrid approach that takes into account the pros and cons of user experience at every angle, twist, and turn from inception to deployment and into the hands of app users and the pockets of publishers and advertisers.—Are undoubtedly the app publishers paving the way into the future of mobile app monetization and prebid mobile.

After all, mobile app monetization is one of the sweetest marketing angles an app publisher has in his arsenal to drive sales to the ever-expanding pallettes of media buyers!

In conclusion, many advertisers and publishers alike agree that unified auctions are the future of advertising, even though many of them are still using in-app header bidding. That's simply because publishers benefit most from unified auctions, and word gets around since it makes their inventory more easily accessible and therefore results in more competitive bidding. The number of unified auctions has mushroomed over the past two years, with over 90 percent of publishers across the U.S. and Europe now operating unified auctions for their desktop inventory, with the remaining ten percent still using Google's near obsolete waterfall.

Broadly, right at 70 percent of all global publishers have switched to unified auctions, which is not surprising given that they pay better on a cpi basis, run cleaner, and don't have any drawbacks. That being said, it's safe to say that unified auctions, or perhaps newer hybrid options, depending on who you ask and the depth of experience they have with advertising, have pretty much taken over the world of in-app header bidding; which now appears to have only been a stepping stone into the advertising future.