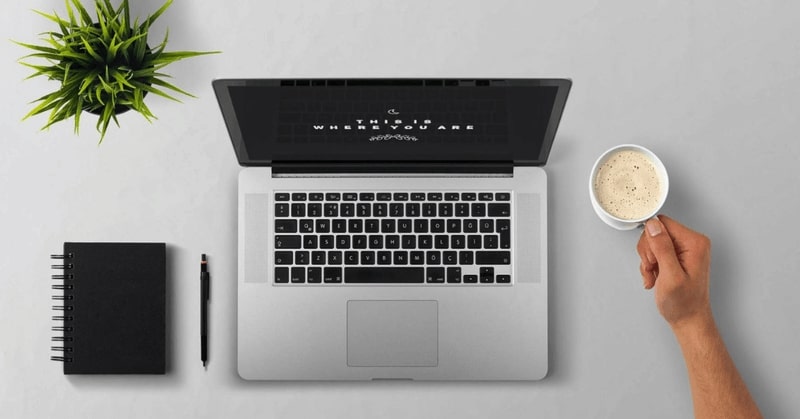 Interstitial ads are one of the more popular forms of online advertising available, particularly for independent advertisers and publishers. While they can be seen “popping up” on desktop websites, they are most often seen in the mobile and gaming arenas.

Mobile interstitial ads should be placed within the user journey, with Google noting that they should be typically displayed at “natural transition points in the flow of an app”, either between a game’s activities or levels.

However, when implemented carelessly, they can be an intrusive advertising option, which is why Google now penalizes certain interstitial ads.

Despite this, interstitial ads are still one of the most popular mobile and desktop ad formats. When applied correctly, in the right circumstances, they are an excellent ad choice for publishers looking to increase their digital ad revenue.

This article covers the finer points of interstitial ads for online advertisers and publishers.

• What are Interstitial Ads?

• Why Use an Interstitial Ad?

What are Interstitial Ads?

Interstitial ads are full-screen ads that cover the entire interface of a host app or site. These ads appear between content—interstitially—at natural app transition points, such as in between levels in games, or after certain activities.

As opposed to pop-up ads (as seen on the left of the below image)—which overlay content, and banner ads (seen in the middle)—which appear at the top of content, interstitial ads (seen on the right) are a full-screen ad that covers the entire screen.

Interstitial ads are immune to ad blockers, which makes them a more effective choice in some cases.

When encountering an interstitial ad, users only have two options: click the ad, which will send them to the advertiser’s desired location, or close the ad and go back to the host site, app, or game.

The timing of this close option depends on the ad type.

For example, non-video, interstitial ads have an immediate close option. In contrast, interstitial video ads may have up to a five-second delay before a user can go back to the host app.

Why Use an Interstitial Ad?

Interstitial ads are one of the most popular ad formats due to their high impression rate and flow on to increased downloads and revenue. Statistics from successful online startups such as Airbnb and Pinterest have seen significant increases in app installations through optimizing interstitials.

For gaming apps and games that run through a mobile site, they often require the entire viewport for the interface, making the interstitial ad format one of the most popular mobile ad formats.

While it may seem counterintuitive for a company that makes a large portion of their revenue through advertising to penalize certain ads, Google does just this.

Google’s mission, according to its Ads Policy states, is to “support a healthy digital advertising ecosystem” that is both trustworthy and transparent and also works for users, advertisers, and publishers.

In line with this philosophy, Google announced in 2015 that it would penalize websites that displayed full-page ads prompting users to install mobile apps. It then announced that in 2017 further mobile interstitial penalties would be applied to the following:

You can also change display frequency for interstitial ads to be shown to unique users. This ensures users won’t continue to be served too many ads or the same ads repeatedly.‍

While committing the above actions will most likely see their website drop in the SERP rankings, not all interstitials will incur a penalty. There are certain universally acceptable interstitials that users will undoubtedly be familiar with, which Google states will not be affected by the new signal.

Cookie usage interstitials are a good example of interstitial advertising that is allowed to be displayed immediately after a user navigates to a web page. Rather than advertising a product or service, cookie interstitial announces your website’s use of cookies, requiring the user to consent to their use.

Not only is this an accepted interstitial ad, in some parts of the world, such as the European Union(EU), it is a mandatory requirement, with the intent of giving users more power over the data they provide websites. Businesses in the EU must display interstitial ads outlining their cookies policy or face fines into the millions depending on the size of their business.

Google also allows websites to place interstitial ads for the purpose of age verification on sites that contain, for example, adult content or the sale of alcohol. These websites will ask users to enter their date of birth to confirm they are legally allowed to purchase alcohol. In many countries, these interstitial consent forms are not only permissible but are also mandated by law.

Interstitial ads that pop up when users move between a websites’ pages are acceptable, as long as those pages cannot be found in an organic Google Search.

Many high-end, popular and new media sites employ interstitial paywall ads to encourage users to pay for premium content. This is standard practice for web and app publishers expending a large amount of money and resources to create high-quality content.

As we can see, interstitial ads certainly have their place, particularly for app developers looking to monetize mobile games and mobile sites. However, with Google quick to penalize interstitial advertising that doesn’t appear at natural transition points, mobile marketers must integrate interstitial ads according to the following best practice guidelines.

When placing interstitial ads in programmatic advertising, it is essential to prioritize the user experience first and foremost. Interstitial ads work best in linear user experiences, meaning that the ads should appear at natural stop and start points within the app, complementing the natural flow of the app.

It is recommended that ads appear before the break page or point where the user needs to click next or continue. This is because it has been shown that advertisements that appear immediately after a user clicks a button can be surprising, leading to accidental clicks, and ultimately, a lowered conversion rate.

To further optimize interstitial ads for the user experience, designers should pause any app action while the ad is showing. Audio output from the main app should be halted, for example, to ensure users don’t experience slow or unresponsive graphics while the ad is playing. Also, it is good practice not to place ads during app load or as the app exits.

Along with considering when and where to place interstitial ads within the user experience, publishers and advertisers need to consider how often they use interstitial ads. With intrusive advertising being one of the top reasons people uninstall mobile apps, it is crucial not to flood the user with too many app interstitial ads, which ultimately annoys users and leads to lower user retention.

There are few things more frustrating than searching for seemingly invisible exit buttons on pop-up ads, and interstitial ads are no exception here. While most users understand that free mobile apps require advertising to fund their existence, they will quickly lose their tolerance for advertising if they feel they are being ‘spammed.’

While many advertisers will opt for a timeout feature- whereby an ad must be viewed for a certain period before it can be skipped or exited- best practices should again prevail here.

There are a number of reasons why interstitial advertising is preferred over other ad formats. Let's look at why publishers love this ad type so much.

An interstitial ad is not limited to just text, meaning there are no restrictions on how you promote material.

It is easy to construct rich media ads that blend a combination of text, images and video.

Interstitial ads’ full-screen overly can capture the target audience's attention, making for an interactive experience while the user waits for a webpage to load or a game’s next activity or level to appear.

Interstitial advertising has a higher viewability than banner ads owing to its prominence. A full-screen advertisement is difficult to ignore, resulting in higher user engagement.

Furthermore, because the consumer can skip the ad, it isn't as bothersome as most other internet ads.

Interstitial advertisements have traditionally been found mainly on mobile platforms and within applications. However, these ads are becoming more common on desktop browsers, providing publishers with a lucrative revenue stream.

While the above guidelines focus on best practices when a user scrolls within an app, what happens if and when they click on this ad?

While getting a click is great, conversion is ultimately where the money is. Rather than sending viewers to a brand webpage, advertisers should consider creating targeted post-click landing pages designed specifically to convert new customers to their brand.

When implemented thoughtfully, interstitial ads are a fantastic ad format, particularly for publishers who work predominantly with the mobile web.

Well, the answer to that question is for you to decide. Interstitial ads are a complicated topic that requires some careful thought before deciding whether or not they are a suitable fit for your business. Interstitial ads must balance between producing income and providing a good user experience.

Interstitials can be a highly profitable and effective way to display ads if you collaborate with a monetization partner like Publift, where we use best practices. It is vital that you ensure that none of your adverts irritates or frustrates your users.

Publift helps digital publishers get the most out of the ads on their websites. Publift has helped its clients realize an average 55% uplift in ad revenue since 2015,  through the use of cutting-edge programmatic advertising technology paired with impartial and ethical guidance.

What Are Interstitial Ads?

Interstitial ads are full-screen interactive ads that entirely cover the interface of their host site or app. Usually, these ads are placed at natural transition points or breaks, such as in-between game levels and engaging activities to increase user engagement.

Interstitial ad is a kind of banner ad that can be found on both desktop and mobile (iOS and Android full-screen ads). Their full coverage feature is what differentiates them from other different ad types, like native, pop-up, and banner ads.

Interstitial ad types include image, text, video, and rich media. Users can simply click or tap on the ad to visit its final destination or close it to continue doing what they were already doing.

When Should You Display in Interstitial Ads?

It is recommended to display interstitial ads before the break page appears rather than after. Often break pages expect a user to tap a "Next button" (or equivalent).

Publift Requirements: How to Get Approved 2022

What Is Video Header Bidding? A Detailed Guide for Publishers