What Are VAST Tags? A Guide for Digital Publishers 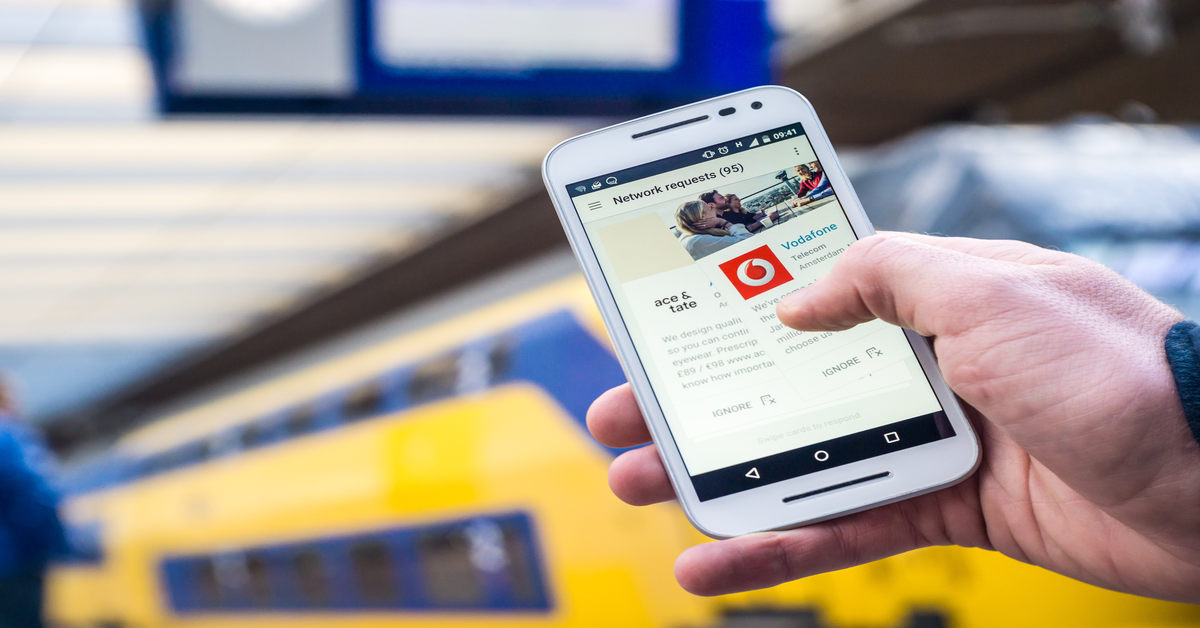 Video advertising has seen tremendous growth over the years, which can be partly attributed to the widespread adoption of VAST.

In fact, spending in video advertising is projected to reach $106.9 billion this year, before climbing to $162.2 billion by 2026. Many sites are leveraging programmatic video advertising as a means to increase their revenue.

So what is VAST? And what are its benefits?

In this article, we’ll cover the definition and history of VAST tags, and how to create them.

• How Does VAST Work?

• A Brief History of VAST and Video Ads

• Key Elements in a VAST tag

• How to Create a VAST Tag

• How to Validate VAST Tags

What Is a VAST Tag?

A VAST tag (Video Ad Serving Template) is a script that allows video players and ad servers to communicate with each other effectively. Ad servers generate these VAST tags.

A VAST tag instructs video players how to retrieve an ad, when to render the ad, the type of ad media, along with the ad length, format, duration, tracking information, and pricing.

Using XML schema, VAST transfers metadata from the master video ad slot source in a format readable by both humans and computers, making them an accessible tag type for video ads.

When a video player understands VAST, it is able to play third-party video ads, regardless of the publisher's ad server or ad network, thus simplifying the video ad.

How Does VAST Work?

As demonstrated in the above image, VAST operates using three simple processes.

Firstly, a request is sent from the video player to the ad server to retrieve the video ad.

Next, the ad server receives the request and replies with an inline response containing the media file and requisite tracking URLs.

Finally, once the video has been played, the video player then fires the tracking URL (or tracking pixels) to begin recording impressions for the video in question.

A Brief History of VAST and Video Ads

VAST tags were created by the Interactive Advertising Bureau(IAB). Version 1.0 was released in 2008 and has been regularly updated ever since, partly based on advertiser comments, feedback and response.

Key Elements in a VAST tag

As previously noted, VAST uses XML markup schema, and VAST tags are the pieces of code used in this language that allows video players to understand detailed information about the ad. For example:

Below is a complete example of a VAST tag.

A small section of a VAST tag in XML, which contains information about the type of media file, will display as follows:

Some elements included in the tags will vary depending on the publisher's and advertiser's individual requirements from the video player.

However, there are three main elements in every tag.

All VAST tags link to a media file that contains the advertiser's ad creative. Typically, this is a web link that directs to a URL that pulls up the video ad. However, in some cases, attributes will create a link to the ad server to retrieve the video ad.

VAST tags also define the format of the ad creative. The video format may be Flv, mp4, or GIF.

Tracking the performance of ads is an integral part of the video advertising process. The VAST tag will usually contain a URL link to a resource included within the ad server. This link contains a tracking pixel that registers ad impressions and other important information so the advertiser can determine the video ad unit's effectiveness.

Aside from the above three components, publishers can include several other attributes in their tags. These advanced tag options often define how an ad will look and include, but are not limited to:

Since their introduction in 2008, the VAST tag protocol has dramatically improved digital publishers' ability to monetize their websites through the display of video ads.

How to Create a VAST Tag

Creating a VAST tag is a relatively simple process, particularly for digital publishers and developers.

There are three ways to create a VAST tag, and it is really up to publishers to decide which option best suits their ad type:

For publishers who have a pre-existing knowledge of XML and the concept of pre-defined parameters, manually creating a VAST tag should be a relatively straightforward process.

Below is a list of the pre-defined parameters required to create a tag manually.

After defining the above parameters' values, advertisers can then use the content to create an XML.

While publishers may prefer to create VAST ad tags manually, AdOps engineers will use the parameters to verify the VAST ad tag, so there is actually little benefit to creating the ad in this manner.

While advertisers can use any VAST compatible ad server to create an ad tag, Google is by far the most popular for advertisers wishing to create video ad content.

A range of third-party tools aside from Google can be used to create VAST tags. However, publishers need to ensure that their video player supports all required specifications. This will prevent any unnecessary errors in the ad display.

How to Validate VAST Tags

As VAST tags use XML as their markup language, there is always a chance that some tags may contain a bug.

This can be anything from a problem with companion sizes to being unable to source the media file, to whether the ad response is compatible with sdk. However, publishers can ensure a video ad is operational by utilizing a tag validator.

Developers can use the IAB developed validator to validate and test their VAST tags. You will need to register to access this.

Developed by Springserve, the VAST Tag Tester is also a popular choice.

Validators work by implementing and testing the code. They contact the relevant URLs to ensure the video advertisements are working as expected.

While no technology is perfect, VAST has come a long way since its inception, and utilizing VAST tags will ultimately maximize video ad performance across your sites.

At Publift, we empower digital publishers to leverage the latest technologies for optimum performance and growth.

1. What are Third Party Ad Tags?

Third-party ad tags are snippets of Javascript, created by a platform or website other than the one the user visits, for placement into an ad unit to help display ads.

VAST tags will track viewability as of the 4.0 update. This change was added in January 2016.

4. What Information do VAST Tags Package Together?

Every VAST tag must contain three main pieces of information: a link to the media file the ad will play, the media’s format, and a tracking pixel to register user impressions. VAST tags should also include information on the ad’s length and the URL destination when a user clicks the ad.

VAST tags use the eXtensible Markup Language (XML) to function. VAST tags are pieces of this XML code that video players use to receive detailed information about the played media.

6. What is VAST Wrapper?

VAST wrappers contain all the pieces of information that the VAST tag needs to communicate to the media player, ensuring external code only interacts with the wrapper to boost interoperability.

7. What is VAST Validator?

VAST validators are tools that developers can use to ensure the VAST tag is operational and free of bugs. Validators can find mistakes such as a media source being unavailable to software development kit incompatibility.

8. What is VAST Redirect?

Instead of a direct link to the media, a VAST redirect will link to another VAST tag. This method allows third parties to track clicks and first impressions.

What are Third Party Ad Tags?