What is SKAdNetwork and What Does it Mean for Publishers? 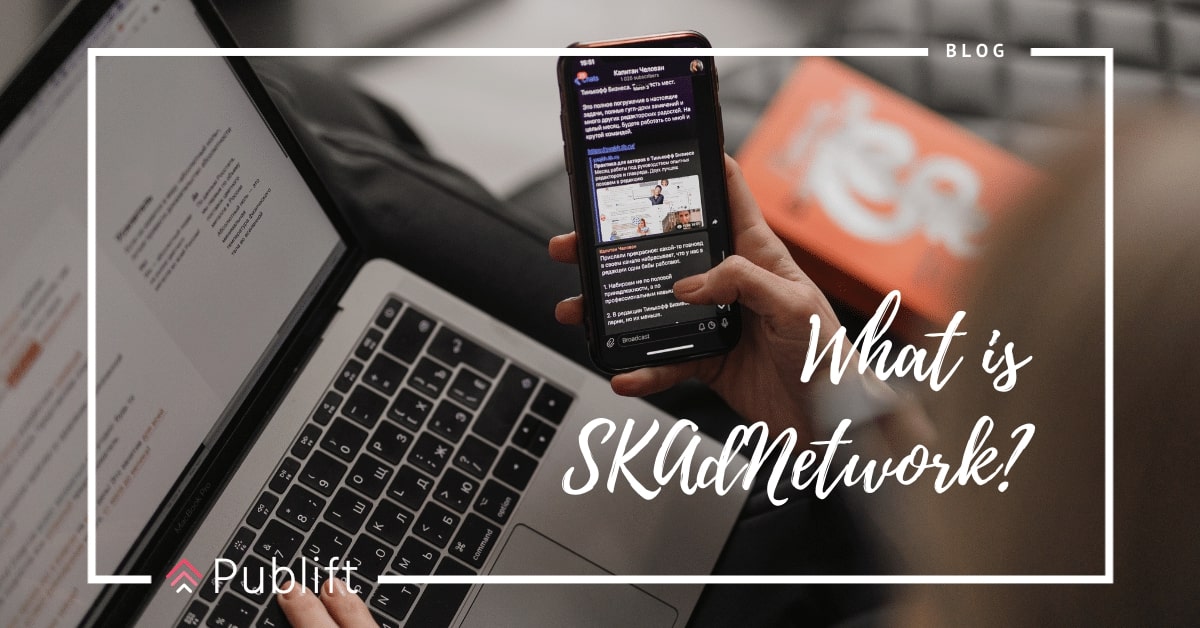 Back in March 2018, Apple introduced the SKAdNetwork. The production of SKAdNetwork originally served to function as an alternative approach to measure campaigns with privacy as a central focus. Before submitting iOS 14 in September, Apple’s IDFA (iOS advertising device) was the source that primarily existed to track ads and attributions. However, with the rollout of iOS 14, for the first time developers will need to gain consent before they can share the IDFA with third-party partners.

Now, the SKAdNetwork is on track to become the future of measuring mobile ad campaigns without IDFA. The data will now be sent to the network when they have appropriate consent. This is completely unrelated to and separate from IDFA. Apple has announced that they have made the decision to postpone the IDFA user consent requirements until 2021.

How Does SKAdNetwork Work?

Apple’s SKAdNetwork is a way to preserve user privacy during mobile installs. It is a way to measure certain conversion rates of CPI or app install campaign IDs without sharing the identity of the user. But how does Apple achieve this within specific privacy parameters and without user identifiers?

Apple and the App Store serve as the primary facilitator. The view through attribution process takes place through the App Store and is authenticated through Apple’s servers. After that, it is removed and separated from anything that can identify the user and temporal information, which the ad networks then receive.

It’s not too difficult to understand how advertising identifier tech works. When a user clicks on an ad and opens the store, the network and the publishing app give it basic information such as campaign ID, network, and publisher. After that, the App Store sends a notification back to the network, indicating that the conversion event was successful.

The notification is sent within 24 hours of the first launch and is entirely free of identifying user information or device information. The App Store runs the majority of this process, so the advertiser is unaware of the publisher and ad. The ad network will receive a notice indicating that an install has taken place without IDing the user and preserving the user’s privacy.

Conversion value is only one measure of ad networks’ success, of course.

Why is SKAdNetwork Important for Publishers?

For publishers to stay relevant, they must adapt to and adopt the support of the SKAdNetwork. Suppose the majority of advertisers choose to use SKAdNetwork with Apple’s tracking and primarily utilize programmed advertising on iOS. In that case, SKAdNetwork inventory may be the only thing to bid on.

Figuring out how to meet this demand and adapt to these changes in real time is imperative to ensure that no one misses out on ad tech revenue.

What Will it Mean for Advertisers?

These transformations from Apple could pose some problems for advertisers who utilize specific measurement tools for optimization, budgeting for campaigns, and reporting. Advertisers will need to use contextual marketing to understand which ad campaign performance is the best. There are a few things advertisers are asking themselves.

How to Prepare for SKAdNetwork

There are a few ways to prepare for Apple’s new iOS IDFA user consent requirements. Though there are many things that companies may be looking into, here are some of the most important ways that you should consider preparing for the new requirements.

Figure Out How You Want to Get Your Mobile Attribution Data

Data is likely to become more fragmented for app developers and ad networks.

Decide if You Will Guide Users Towards App Tracking Transparency

A lot of companies are thinking about whether or not they should capture IDFAs in 2021. Many of them believe that IDFA may be a little outdated and may be disruptive to users. Therefore, they are leaning toward only operating with SKAdNetwork and first party data sources.

There are also a few other things that need to happen to enjoy SKAdNetwork and app attribution fully.

As mentioned previously, SKAdNetwork does present a few practical challenges in terms of advertisers. They are accustomed to obtaining data from attribution providers. Some of the other limitations of SKAdNetwork include:

Are There Alternatives to SKAdNetwork?

There are not really any direct alternatives to SKAdNetwork. What may happen is a mobile measurement partner (MMP) may choose to shift toward aggregated attribution solutions, which take deterministic and non-deterministic methods, differential privacy, and pieces from SKAdNetwork combined. With this in mind, utilizing a lot of SKAdNetwork data will need to be part of aggregated attribution to make it more accurate.

There will be advertisers who do not want to work with the limitations of SKAdNetwork. So, MMPs will likely still continue to offer the infrastructure framework for both link building for tracking without SKAdNetwork and user routing for deep linking re-engagement.

In 2021, Apple will be launching its new IDFA and SKAdNetwork requirements. This change may not be ideal for everyone, but it has a lot of potential to bring about some new growth opportunities. As with most new things, not having a clear path into exactly what is in store can be daunting, but we are breaking into something new and can only assume that with new adventures comes new opportunities.

Whether you choose to embrace the changes coming to ad networks or choose to implement a hybrid of options, the new IDFA and SKAdNetwork requirements are coming and will likely involve significant benefits (and higher conversion value) for your search and advertised app products.